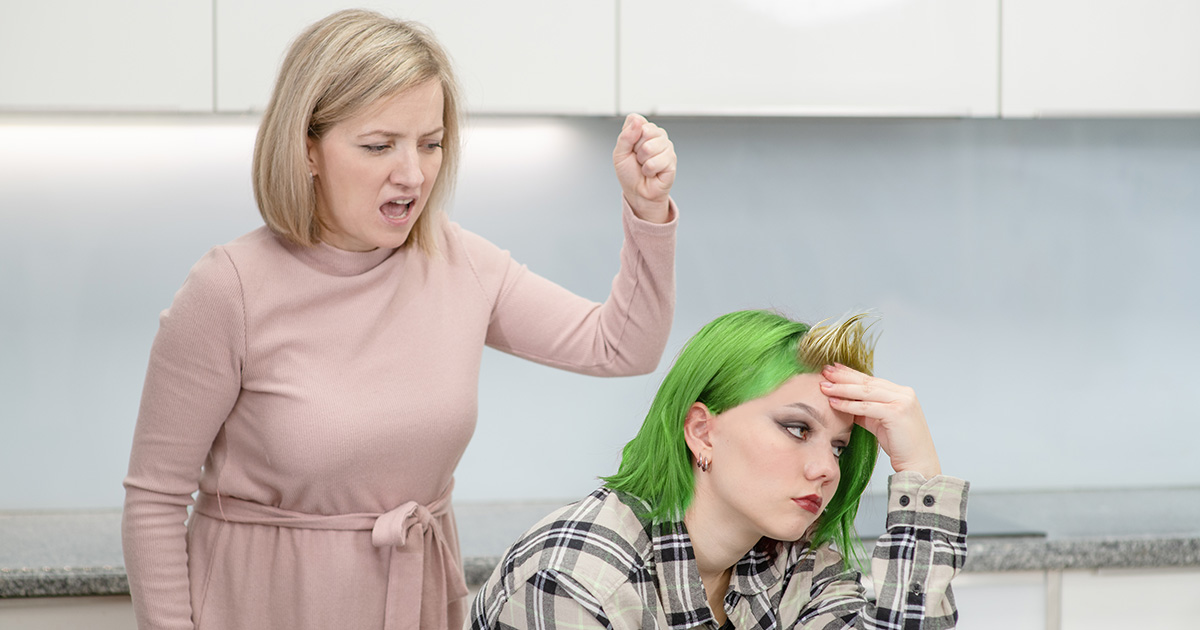 CHILLICOTHE, Ohio — Local mom Phyllis Marlon filed a private defamation lawsuit against her daughter, Lisa, after the fourteen-year-old returned home from a trip to the Guernsey Crossing Mall sporting a green and yellow mullet with spiked bangs.

“I am shocked and saddened that a member of my own family would do something like this to me,” said the elder Marlon. “I’m still processing the trauma I’ve endured from the recent actions of my daughter, and while this lawsuit may have no basis in criminal court, I pray that this civil case will provide sufficient justice for me to begin the healing process.”

Little brother Jeffrey Marlon, who got an up-close view of the fallout from his spot at the dinner table, reported that the scene at the Marlon household upon his sister’s return was “better than Dragonball.”

“When Lisa took her hood off my mom screamed worse than when I asked the minister where God came from. Then she started crying and said Lisa was just trying to get back at her for making her wear those hair ribbons to her kindergarten graduation,” the 10-year-old recalled. “Then one of Lisa’s eyeballs got stuck in the top of its socket and she had to go to the bathroom to sort it out and while she was in there mom searched Lisa’s backpack and confiscated her Tic Tacs because Jesus doesn’t hang with drug heads.”

Diane Martin, a neighbor, and member of Phyllis Marlon’s garden club witnessed Lisa walking home with her new coiffe before the altercation occurred.

“I knew right away that the Creek West High PTA Facebook page was going to be very entertaining that night, and I was not disappointed,” she said as she unloaded seven grocery bags of instant white rice from her Dodge Caravan. “Shelley Plymoth posted a picture of one of those little yellow fellows in the overalls with the exact same haircut. I’ve never seen so many laugh-crying emoji comments on a single post in my life. And when that ‘unmarried’ teacher with the double pierced ears started defending Lisa, well I just broke out the chardonnay and settled in for the evening.”

At press time, it was confirmed that Lisa Marlon was in talks with her cool aunt Maureen as de facto legal counsel and someone with whom to talk shit about how much wine her mom drinks.