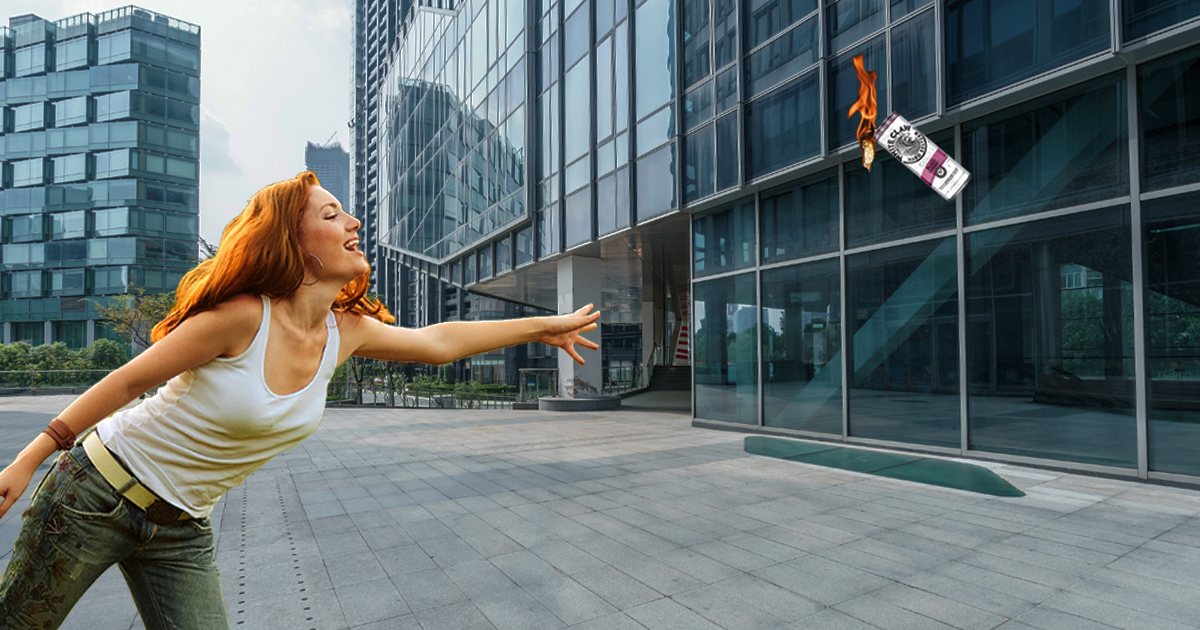 “I know most people like to fill a glass bottle with gas before lighting a piece of cloth and tossing it into a symbol of fascism like a police station… but I dunno. I just really love a hard seltzer. They’re so in right now,” Kraushaar said. “Also, they’re low cal, which is great. And to be honest, when I’m feeling a little bad, I’ll pour some Devil’s Springs in there anyway to spice it up. And that shit’s definitely super flammable.”

Unfortunately for her, Kraushaar’s riot methods were not as effective as she’d hoped.

“That girl throwing cans? I mean, yeah… they didn’t explode, or even pop open and fizz or anything, but at least they hit with a pretty heavy thud, I guess. Plus, all the litter they leave behind is definitely gonna be a huge pain in the cops’ asses, probably,” said one 17-year-old source who wished to remain anonymous. “Plus, it’s pretty funny to see a cop get hit by all that seltzer. That’s gotta symbolize something, right?”

“I used to use alcohol swabs to disinfect wounds, but now I just pour White Claws on those fuckers. Ruby grapefruit is my favorite,” said Dowd. “Sure, it’s only 5% ABV and it’s a bit more expensive than a regular wipe, but they have zero sugar and zero fat, so they’re definitely more healthy. In the medical business, that’s what matters the most.”

At press time, Kraushaar was taking a break from the chaos to pull a kerosene-soaked cloth from a can of black cherry White Claw so she could take a swig.