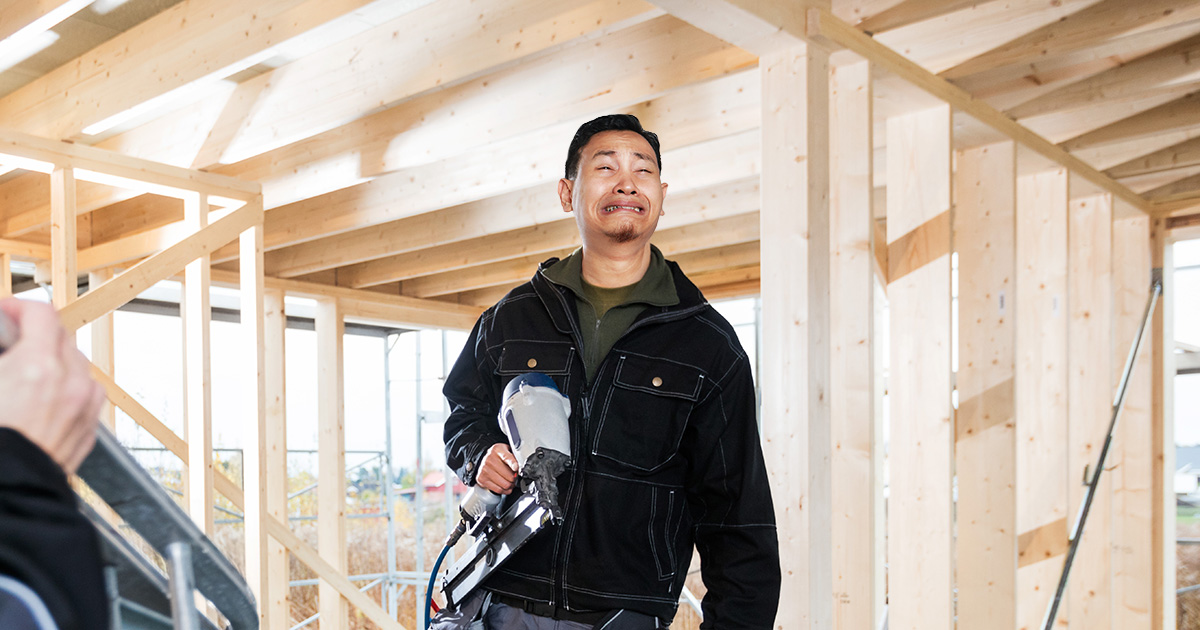 “I was trying to hang some floating shelves in my bedroom, but the nail gun I got from Amazon didn’t come with an instruction manual, so I turned to YouTube for help,” said Drummond. “Those videos were super boring, but I did see a bunch of old clips from ‘Home Improvement’ in the sidebar and watched those for like, two hours. I figured, that’s close enough, right?”

“Maybe it’s because of their laugh track, or the searing pain in my punctured ball bag, but horrific, tool-related injuries are not nearly as funny as the show made it seem,” he added.

Drummond’s father, Anthony Drummond Sr., was downstairs in the living room and heard much of the grunting and subsequent injury.

“Mr. Drummond is suffering from what we in the medical profession colloquially call ‘Tool Time Scrotum’ — it happened quite a bit in the early ’90s during the show’s peak, but unfortunately, it’s made a comeback since the show’s been added to streaming services,” said Dr. Graves. “Interestingly, ‘Home Improvement’ isn’t the only show with the dubious honor of inspiring a medical ailment: between ‘Chandler Bing Hamstring’ and all the ‘Jackass’ injuries, they could fill their own medical textbook.”

Despite the injury, doctors believe Drummond will make a full recovery. However, he may never be able to do a manly, “Tim Allen” grunt ever again.