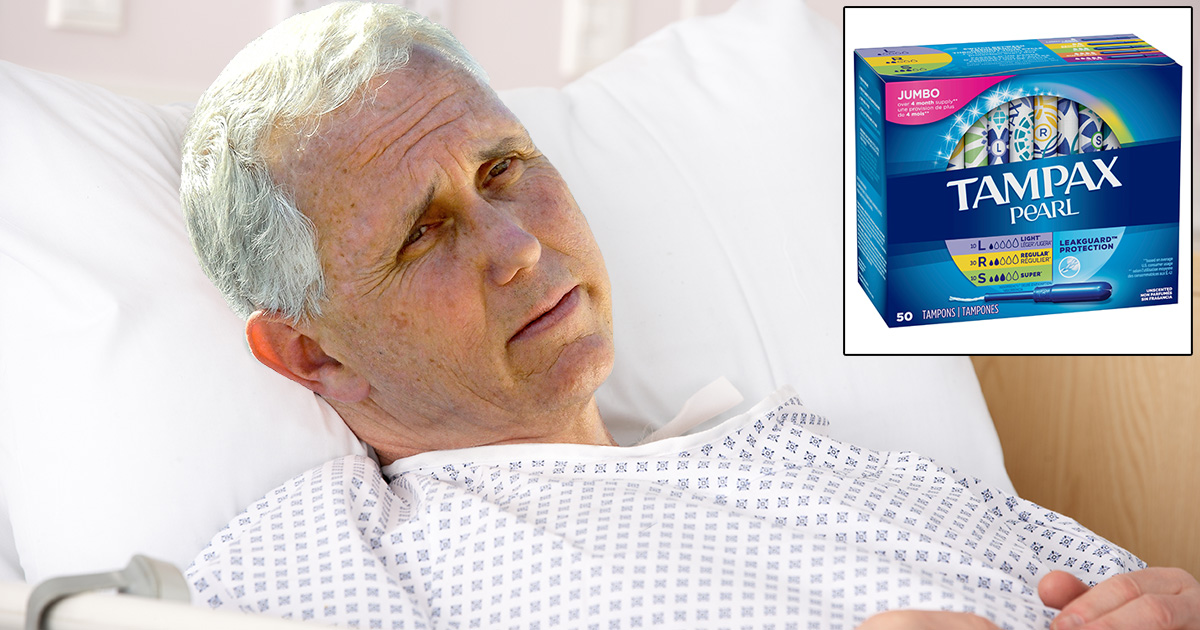 WASHINGTON — Vice President Mike Pence was hospitalized last night after seeing a Tampon commercial during his bi-weekly hour of television, according to sources comforting the overly sensitive man.

“It was horrific,” remarked Pence, through a mouth that seemed to almost not open at all. “I typically only watch church broadcasts, but I found this new network called USA. Everything was fine at first: a commercial came on, and it was just softly lit footage of women doing mundane activities like riding bikes or bowling — I typically don’t approve of women in public unsupervised, but this commercial was clearly escapism. But when I discovered it was about their moon cycles, everything went white… and when I came to, a medic was kissing air into my lungs. I had him fired for sinning and retired to my quarters for mandatory self flagellation.”

The health scare was unsurprising to those close to the Vice President, who are familiar with his weakness in constitution when it comes to anything involving women.

“Usually he watches TV with his gun by his side. But that day he was having an ivory handle engraved with the image of a chastity belt added to his revolver,” explained his wife Karen Pence, after receiving written permission from her husband to comment. “We’ve had scares like this before: one time, he was reading the newspaper and had heart palpitations after seeing an image of a woman without shoulder pads in her blazer. He gave up reading that very day.”

Health experts are increasingly concerned about whether Pence is fit to serve as second in command.

At press time, the Vice President was slowly recovering from his ailment, though claiming he requires an eye transplant.