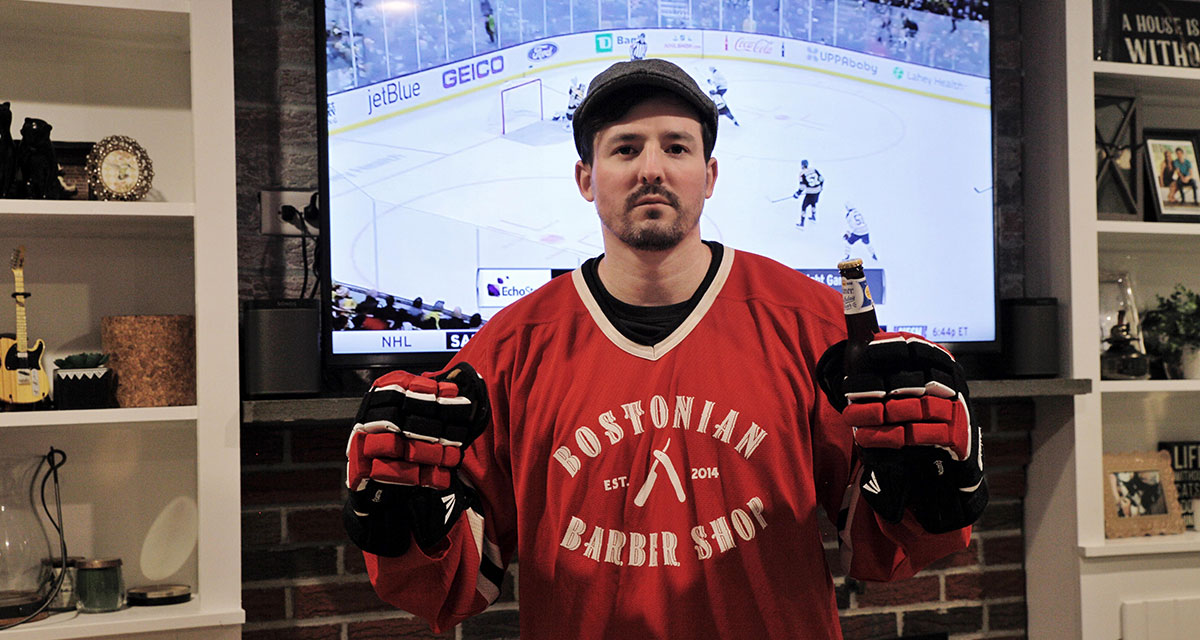 BOSTON – Self-described “hardcore kid” Jared Mahoney came to the realization that he is ready to enter the “liking hockey” phase of his life while watching recent series between the Calgary Flames and Vancouver Canucks, familial sources confirmed.

“I was getting drunk with my dad at his apartment while he was watching the game, and these players just started fighting like wild dogs. That’s when I knew this game was for me,” said Mahoney. “I have been putting this chapter of my life on hold for so long, but now the time is right. I am ready to dive into all the weird last names the game has to offer.”

Although Mahoney has watched less than two hours of hockey in his life, it has not stopped him from forming strict, unflinching opinions about his newly-adopted favorite sports team.

“My Bruins might not be in the running for the cup this year, but I am confident we will be back next year better than ever,” said Mahoney while looking at a series of Bruins tattoos on Instagram. “All we need to do is draft a guy that can get the puck in the net – not like these other washed up bums that aren’t even fit to skate on my uncle’s cranberry bogs.”

Hockey remains the sixth most popular sport in the United States, but is quickly becoming the sport of choice during the football off-season for hardcore music fans. Some experts even predict it could rise to the second most popular among hardcore fans during years without the World Cup.

“If there is one thing hardcore kids love it is having a deep knowledge of subjects the general public could care less about,” said psychologist Dr. Emily Harrow. “Also, hockey is the ideal sport for hardcore kids of a certain age that are no longer as athletic in the pit, but are just as aggressive.”

While Mahoney continually expresses his love for the sport, he does have some criticisms.

“Sometimes I think the refs need to just back off and let the guys fight. Also, the puck is hard for me to see a lot of the time, I sort of wish it was highlighted on the screen like it was when I was a kid,” said Mahoney.