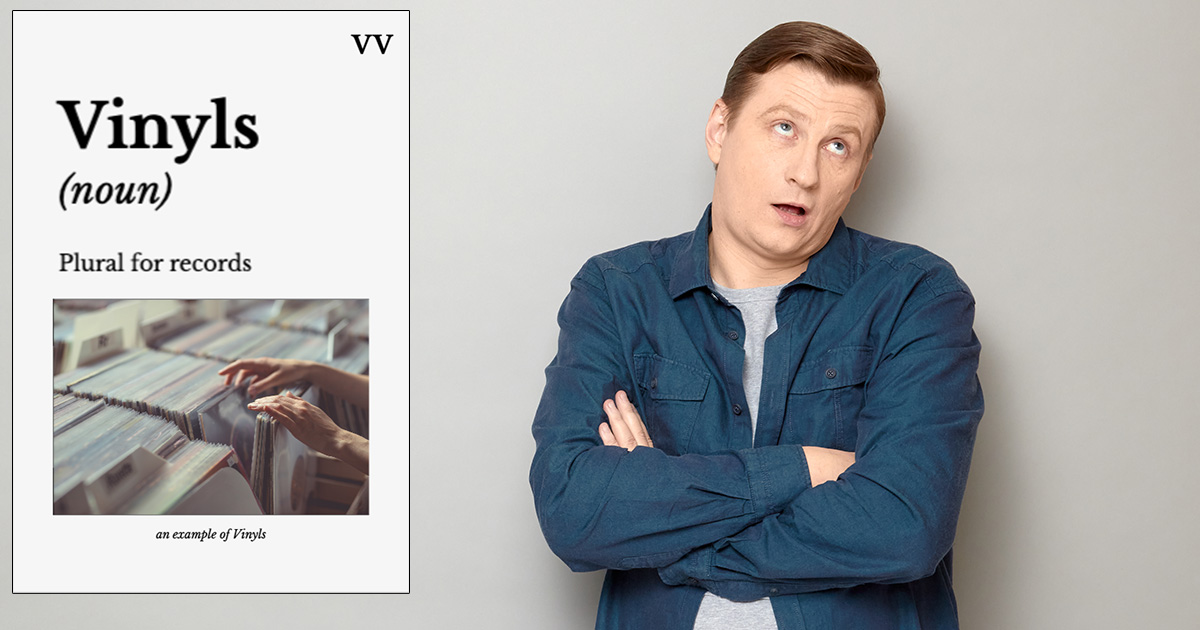 BOSTON — Merriam-Webster caused 45-year-olds across the country to collectively blow a gasket by adding “vinyls” as an official entry to their list of recognized words, multiple divorced men confirmed.

“Since 1831 we’ve strived to keep up with the adaptations of the English language,” said Merriam-Webster Lexicographer Penelope Rutherford III. “Vinyls have seen a marked increase in popularity over the past few years and that has brought with it a new generation of collectors who have their own lingo. This has caused some older men to voice their displeasure on message boards, but guess what, only losers still use message boards. It’s like time for a vibe check grandpa.”

“We’re not the Cambridge English Dictionary or Oxford,” Rutherford added between sips of Earl Grey tea. “They need to realize that the Merriam-Webster dictionary just hits different.”

For many 45-year-olds using the term vinyls means more than just incorrectly using a word. It’s something they take as a personal insult.

“When they added the word ‘bae’ to the dictionary I wasn’t bothered. I don’t even know what ‘yeet’ and ‘cheugy’ are so that’s not a big deal. But seeing ‘vinyls’ as a listing almost killed me. I have high blood pressure and if another kid comes in here dressed like a background actor in ‘Seinfeld’ asking about vinyls I might not be around for much longer,” said 45-year-old Charlie Payton, owner of In the Pocket Records. “Record Store Day is bad enough, but if they ever change it to Vinyls Store Day I may just burn this place down.”

According to a recent poll, young people remain completely unaware of the pain this term is inflecting on the older generation.

“I love to go to Target and see what new vinyls they’ve got in,” said 17-year-old Hailey O’Connor. “So far I’ve got Taylor Swift vinyls. I’ve bought Drake vinyls. I’ve even found some more obscure stuff like Fleetwood Mac vinyls. I’ve been collecting six months, and I think I might actually be ready to buy a turntable. I saw this really cool one that looks like an old phonograph and it even has Bluetooth. I told my uncle about it and he was so excited that he passed out and hit his head really hard on the pavement.”

At press time, an online petition to remove “vinyls” from the dictionary has already amassed 75 signatures, representing a large amount of those who find the term offensive.