Meaning Behind New Tattoo Revealed to Be Decent Tax Return 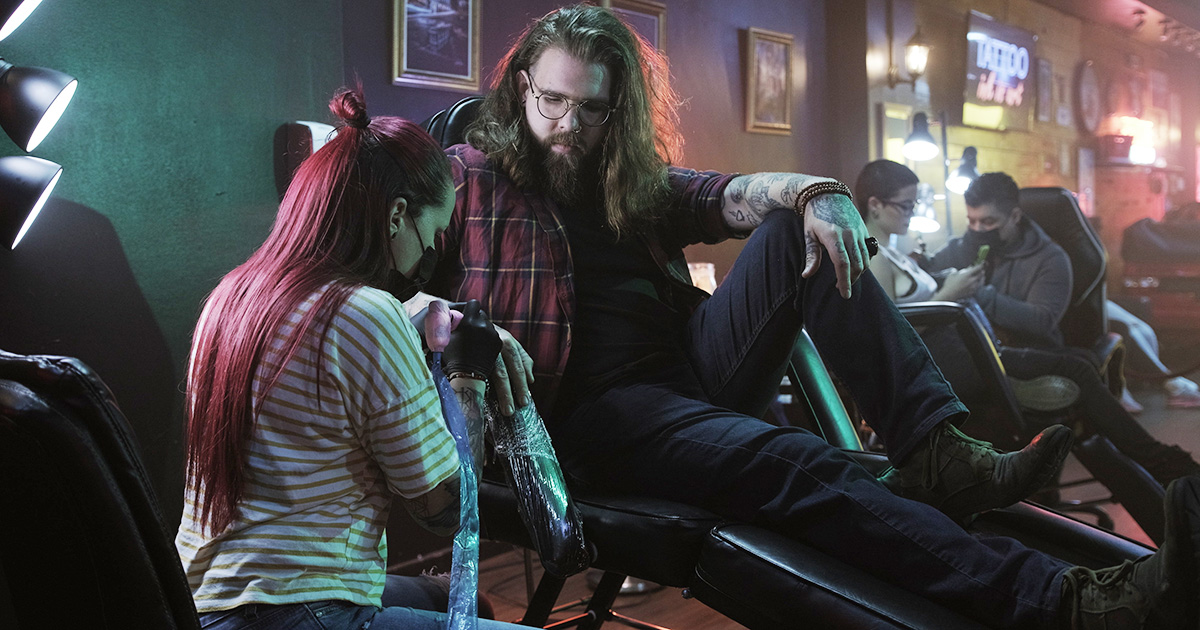 PROVIDENCE, R.I. — Local tattoo enthusiast Ben Drury admitted that the meaning behind a large tattoo of a viking skeleton throwing a fireball currently being tattooed on his wrist and hand was nothing more than a large tax return, financial records confirmed.

“People always want you to have an involved story behind each and every tattoo, but all of my tattoos exist simply because I had expendable income,” said Drury while pretending a dry wipe of the tattoo didn’t feel like death was imminent. “I have a huge back piece of a snake fighting a bear and it’s not because I like snakes or bears. I can’t even see the tattoo, so I could care less what’s actually back there. I just wanted it to look badass, and I only have it because I got a $2,500 settlement when I was injured on a public bus. So all that tattoo means is simply: don’t ride the bus during a snowstorm.”

Art Freek tattoo artist Michaela Lussier said she has no interest in learning if there is a deeper meaning to the tattoos she does.

“I’m not part of a reality show where every tattoo needs a complex backstory that honors a person’s grandmother. Each tattoo I do means one thing and one thing only: I can continue to pay my rent and eat food for another day,” said Lussier. “When I first started tattooing, I cared a lot more than I do now. I wanted to understand my clients’ motivations. But you can only tattoo so many Bible verses before you realize that none of this actually matters, and that people only want tattoos to look cool and to talk about some boring story about when they had cancer or something.”

American tattoo historian Martin Dembly said that tattoos used to mean something at one point.

“Tattooing has been around for a long time, but in America, having a tattoo usually meant you were an outcast in society,” said Dembly. “A lot of servicemen disenchanted by war would get tattoos to commemorate their experience, and those tattoos made you part of a fraternity. Now, if you don’t have a tattoo you look like a crazy conservative cult member. 18-year-olds are basically required to get face tattoos to be taken seriously on Tik Tok.”

Providing further comment, Drury later admitted that the meaning behind his new eyebrow piercing was that he lost a bet.