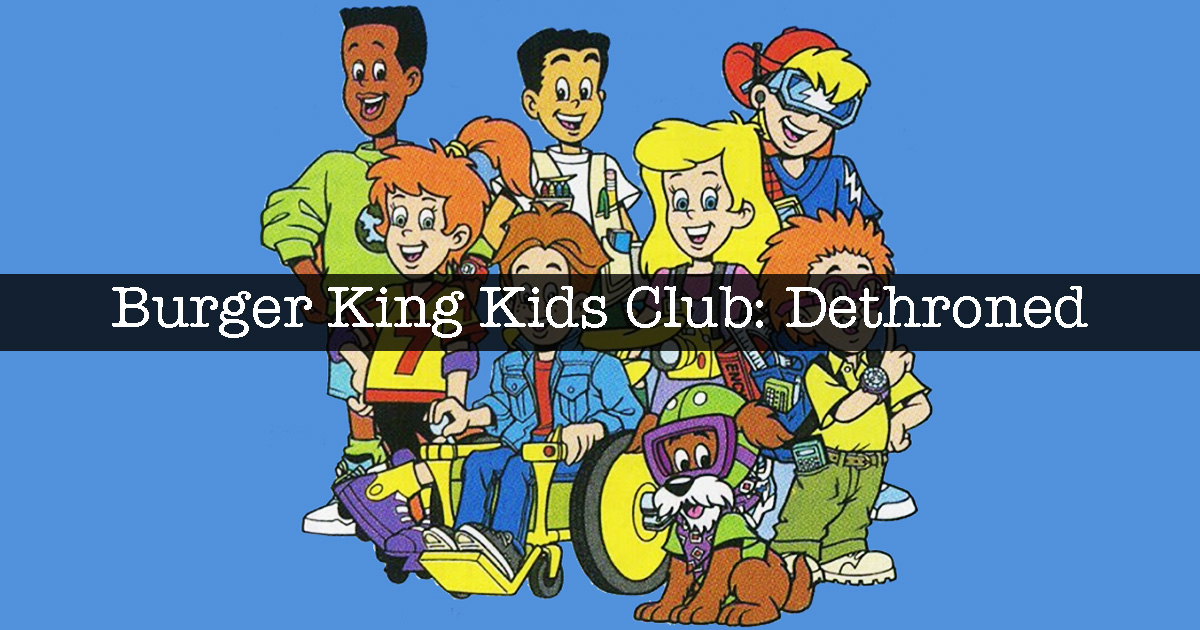 LOS ANGELES — The producers of the hit HBO docu-series “McMillions” are pitching their next fast food true crime story, “Dethroned,” based on the tragic, real-life tale of the Burger King Kid’s Club, industry insiders confirmed today.

“The Burger King Kid’s Club is the type of story every documentarian dreams of telling,” said director James Lee Hernandez. “I mean, these kids had it all: money, fame, drugs, first pick of the latest kid’s meal toys, and unlimited fast food — sure, BK fries aren’t as good as McDonald’s, but still a huge perk. Yet, behind the scenes it was a nightmare. I don’t want to spoil anything, but just wait until you see how ‘Wheels’ became confined to his wheelchair.”

“When I was young, all I knew was I liked eating at Burger King, and the one kid with the computer thingy strapped to his wrist seemed cool,” said executive producer Mark Wahlberg. “I had no idea that Kid Vid grew so disillusioned with technology he started a luddite cult in rural Montana… or that Snaps became a Pulitzer Prize-winning photojournalist, only to be kidnapped and beheaded by anti-globalization anarchists. Frankly, I didn’t want to know any of that.”

“Here’s something people don’t know: there were three ‘Jaws.’ I was just the only one who made it out alive,” said Howard. “Once at a kid’s birthday party, I was so stoned off my gourd I passed out in the cake and my hair caught fire, and then I took a shit in the ball pit — I mean, it was bad. But some weren’t as lucky as me: I.Q., Lingo, J.D. the Dog, and Snaps are all dead. There’s blood on your hands, Burger King.”

Perhaps unsurprisingly, Burger King is allegedly attempting to stop the release of “Dethroned,” with some sources reporting the fast food chain even sent the Burger King himself to stalk filmmakers in their homes.