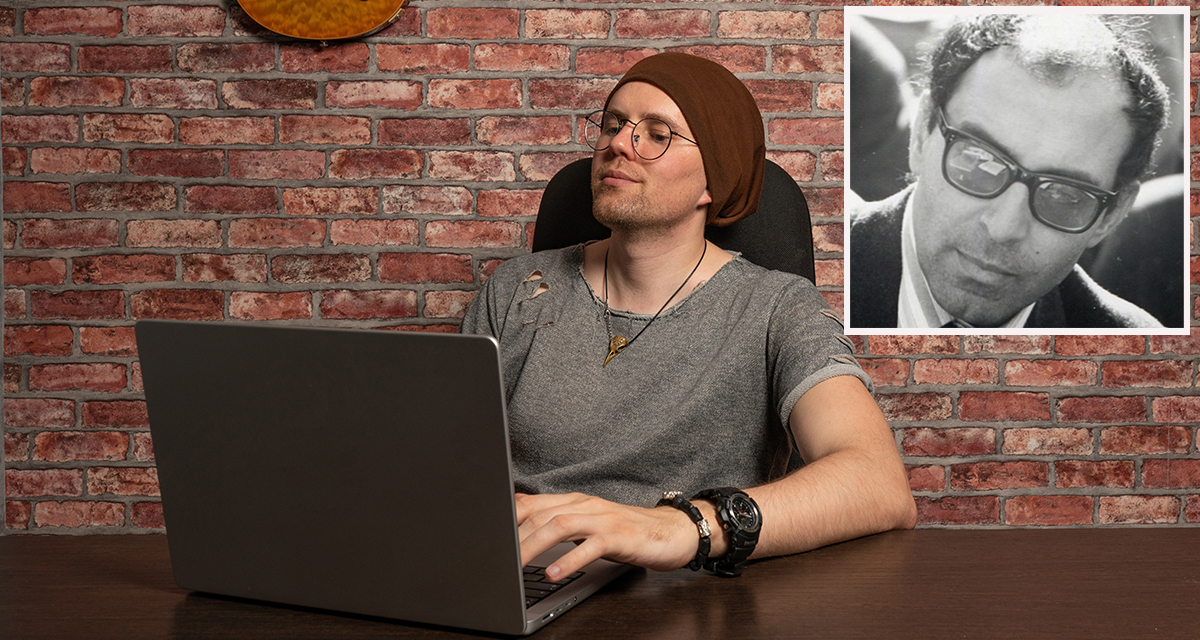 “I’m a huge film buff. So even though I’ve never seen any of this John Luke guy’s movies, I still gave his obituary a read. But this thing is boring as hell. It’s all ‘cinema verite’ this and ‘innovative narrative structures,’ and assisted suicide, that. So, I skim all the way to the end, but there’s nothing there. No post-obituary scene, no cameos, just me, alone in my apartment, as always,” said Hume. “I mean, this guy is supposed to be some brilliant filmmaker, and his death didn’t even set up any sequels or spin-off TV series. I spent hours combing that whole website thinking maybe the Privacy Policy page or something would contain an easter egg hinting at Tarantino taking up Godard’s mantle. But I was just disappointed.”

Wife Elysha Underwood believes that her husband’s latest outburst is indicative of a larger mental issue.

“It’s not just movies. Marvel has completely warped Devin’s worldview,” said Underwood. “Last year, he shared with me his elaborate ‘fan theory’ on why his estranged father would make a surprise cameo at Christmas. And when that didn’t happen, he claimed ‘Feige works in mysterious ways’ and insists it’s all part of his grand plan for a heartfelt reunion in phase 5. I love him and I really want him to get help, but if he quips to me again that he wants to play ‘hide the zucchini’ I will divorce and/or murder him.”

Filmmaker Martin Scorcese claimed that Hume’s response was yet another sign of Marvel’s damaging effect on the film industry.

“I know I got flak for it, but I stand by what I said. Marvel movies are not real cinema. Too much CGI and product placement have completely destroyed the young generation’s attention spans. That’s why they can’t appreciate real art, like an eight-hour experimental film about a guy sleeping. Now that’s a movie,” said Scorcese. “Back in the ‘70s, me and Bobby never needed silly costumes and theme park rides to make films. All it took was a great story and enough cocaine to give a beluga Whale a coronary.”

In related news, DC movie fandom has been added to the DSM-5, and all DC fanboys are being preemptively put on suicide watch.