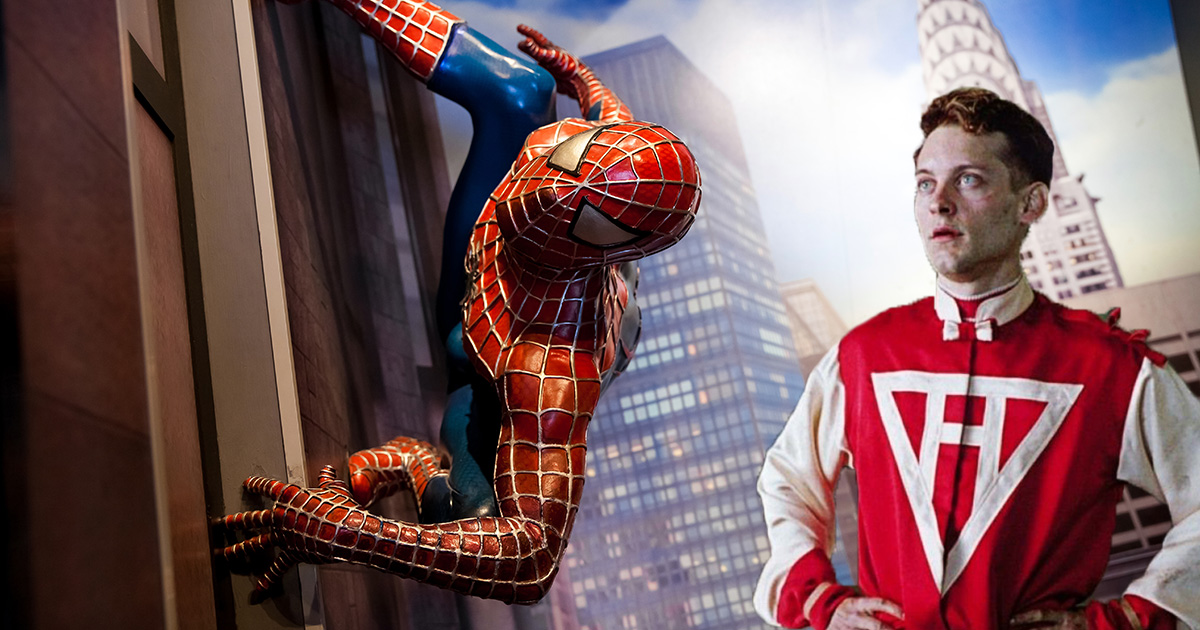 LOS ANGELES — Tobey Maguire’s highly anticipated return to the Spider-Man franchise is already confusing fans when it was announced that his character will be a reprisal of his role 1930s horse jockey John “Red” Pollard from the movie “Seabiscuit,” Marvel executives confirmed

“We know everyone wanted Tobey to be in the movie,” said director Alan Watts. “And given that this story will feature Spider-Man facing extreme adversity, we thought it would be appropriate to have another classic character who faced adversity. Red Pollard. I mean remember the way he mowed all that grass and rode that horse? Now imagine him riding Seabiscuit into battle to help fight this world’s Doc Ock. Needless to say, fans of both the Marvelverse and the Seabiscuitverse are going to be over the moon.”

Tobey Maguire made his motivations clear when he signed up to play the unusual role.

“I haven’t been in any major films for a while and I kind of need the money,” said Maguire. “I mean I would’ve been down to play Spider-Man again, except the director insisted what we really needed was me on a horse lancing the Green Goblin in the ass as some sort of joke. It’s a little weird considering ‘Seabiscuit’ wasn’t even, like, a horse made for battle but the check cleared so I had no qualms acting that out.”

The decision to have Maguire star as his “Seabiscuit” character led some fans to speculate about what’s actually going on.

“Oh I get it, this is totally going to be some big reveal where it’s actually the work of Mephisto or something,” said longtime Spider-Man fan Kevin Roys. “Yeah that’s it, like it’s a prank or something that Mephisto orchestrated and then we’ll see it’s all an illusion. There’s no way they’d do something that dumb, is there? And why this movie? If they really wanted Seabiscuit then couldn’t they have at least put him in the first Captain America movie? At least it would’ve been possible with Seabiscuit having been alive during World War 2. I’d much rather have seen the horse kicking Hitler in the back of the head instead of the Green Goblin.”

At press time, a leaked ending credits scene showed that Seabiscuit would stumble into Tony Stark’s lab looking for oats only to discover some special horse armor and thus become the new Iron Man.