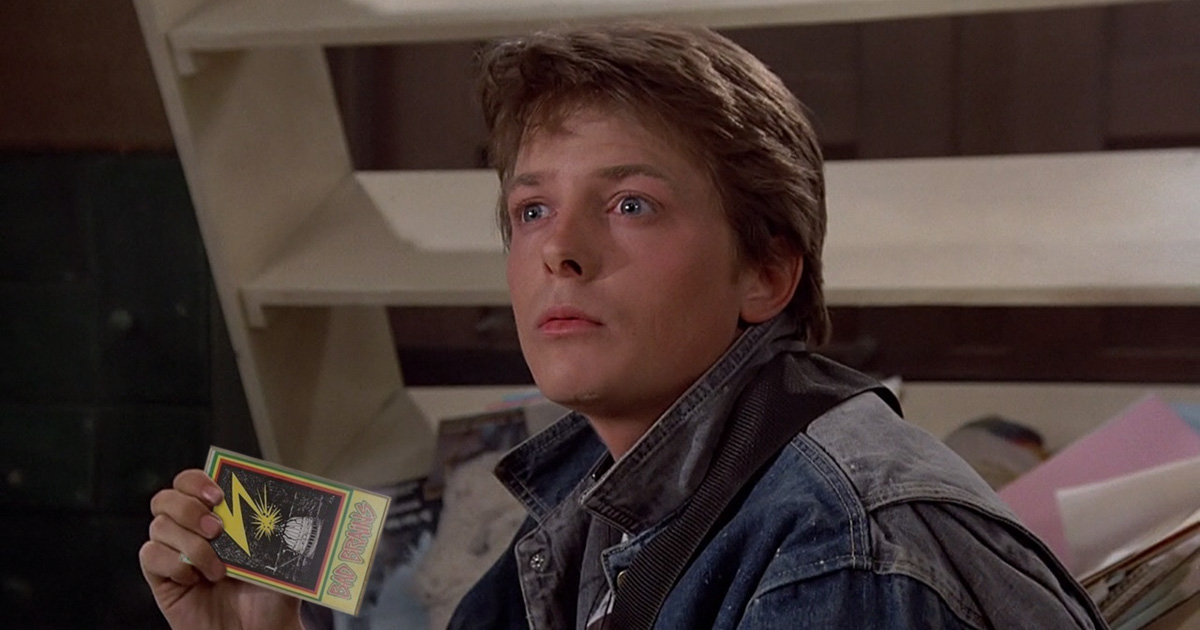 HILL VALLEY, Calif. — Marty McFly checked the liner notes of Bad Brains’ self-titled album hoping to see precisely when lightning was scheduled to strike the Capitol Building after finding himself in a bit of a time traveling bind while stuck in 1982, sources confirmed.

“This is heavy. But I have a good feeling that this idea will help get me out of yet another space-time continuum jam. The cover art clearly shows lightning striking the top of the Capitol, and that’s exactly what I need to get out of this mess,” said McFly while trying to avoid encountering his younger self and further complicating matters. “In fact, I’m such a huge Bad Brains fan that I even considered playing ‘Pay to Cum’ at the Enchantment Under the Sea Dance when I was stranded in 1955, but I didn’t think the audience would be ready for that just yet. Instead, I insinuated that a white dude from California invented the sound and style of Chuck Berry. Probably not cool, now that I think about it.”

Those familiar with the situation didn’t believe this plan had legs.

“There’s no way that the bolt of lightning as depicted could generate the 1.21 gigawatts needed to power the DeLorean,” said Dr. Emmett Brown while frantically asking a photo of Thomas Edison for guidance. “Plus, climbing to the top of the Capitol Building would be a logistical nightmare. I mean, are we supposed to just waltz right into the building and climb the structure just to get what we want? That’s one of the most heavily guarded buildings in America. They would stop us before we even got close to the front door.”

Others seemed to have a difficult time recalling the details of the incident.

“As a senator who worked a grueling 10 hours a week at the Capitol Building for years, I don’t ever remember lightning striking the top of it,” said Republican representative Tim Cranshen. “Could it be that the album cover was just a metaphorical representation of the resentment for the government? That can’t be it. Everyone adores Ronald Reagan, right? I know I do, thanks to his trickle-down economic policies that made me and my buddies filthy rich. What a guy.”

At press time, McFly put the Bad Brains scheme on hold to see if Metallica’s “Ride the Lightning” album had come out yet as a Plan B.