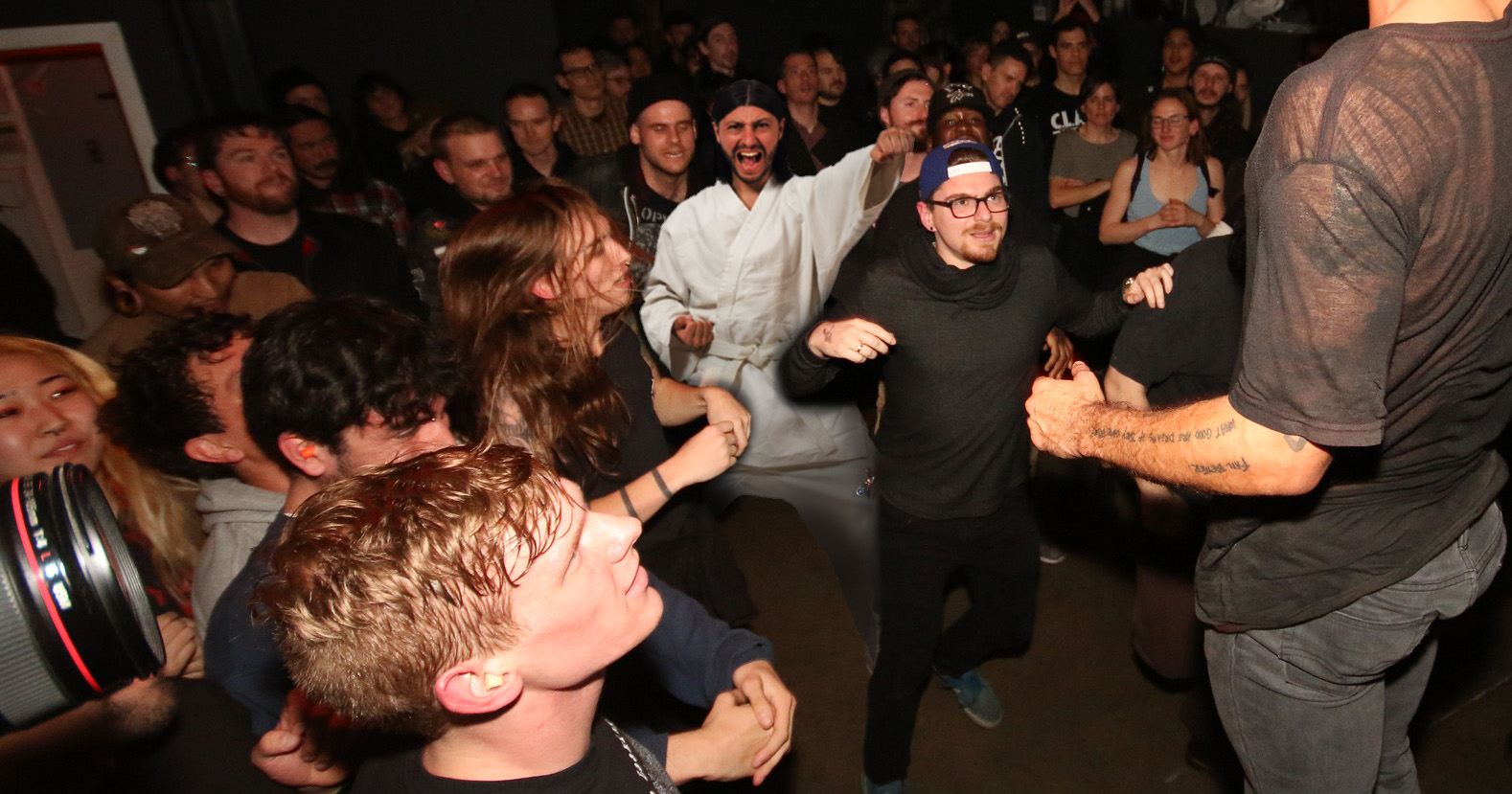 “Sensei Chuck went to a show at this den of iniquity to relieve stress from his rigorous training,” said Bradford, clad in his pristine white gi. “While here, a man clad in camouflage shorts and a backwards cap ambushed Sensei, ending his life with many ferocious roundhouse kicks to the skull. This cold-blooded murderer will not escape the fury of my fists.”

“I know he is nearby,” Bradford added. “I can smell his fear.”

Frequent showgoer and Cat Box mainstay Jimmie Clines witnessed the murder, but maintained the fault lies squarely with the deceased martial arts instructor, rather than anyone else who went to the show.

“Yeah… that dude shouldn’t have stood by the pit if he didn’t want to get hit. This is a hardcore show, man. Shit like that happens,” said Clines as Bradford stalked the venue in search of the man who struck down his master. “The guy was wearing sandals, for fuck’s sake. He got what he fucking deserved: totally annihilated. I mean, shit — there’s even a sign that reads ‘Mosh at your own risk’ right above that spot where Big Frankie’s head got put through the wall at the last Righteous Fury show. That ‘master’ or whatever did it to himself.”

Others, such as venue owner Brandy Milner, withheld their opinion on the incident but criticized Bradford’s handling of it.

“Listen, I don’t know what happened that night — and honestly, I don’t give a fuck,” Milner said, her statement punctuated by a shattering beer bottle. “But if these dudes have beef, they need to settle it elsewhere. If any more ‘Five Deadly Venoms’ type shit happens in here the cops are gonna shut us down.”

“And it’s totally not my business,” Milner added, “but honestly, if this Sensei Chuck couldn’t counter a few kicks from an out-of-shape hardcore kid, maybe he wasn’t such a great Sensei.”

Bradford, continuing his endless quest for vengeance, was last seen being casually stomped out by three men in combat boots after accidentally knocking the drinks out of their hands.