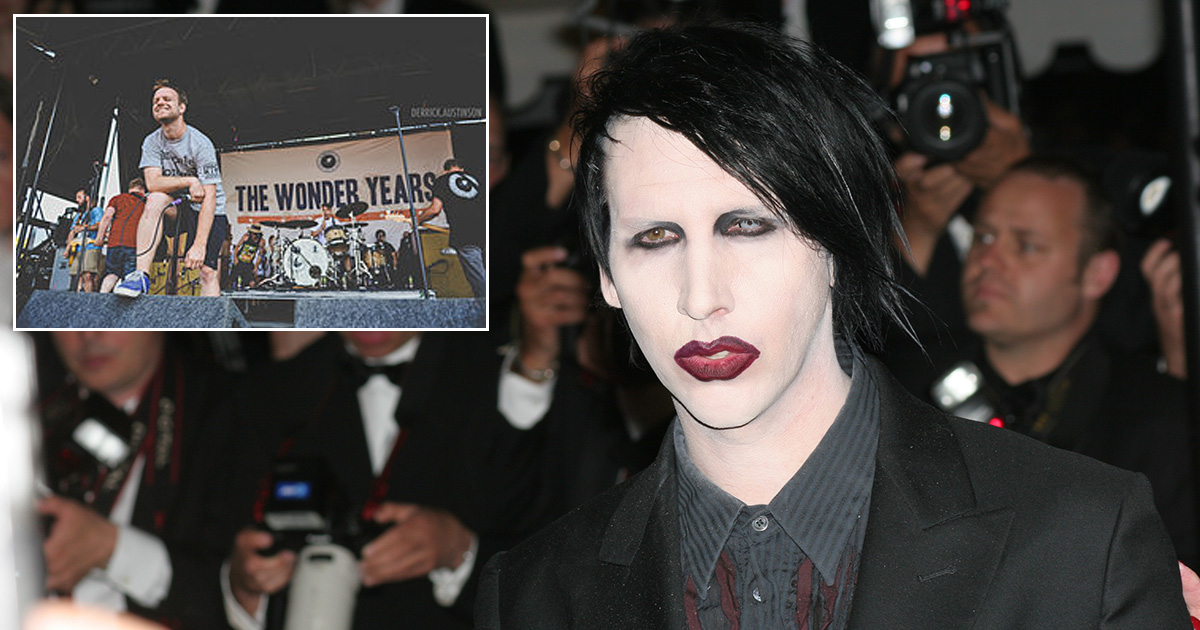 “This is ridiculous,” said the multi-platinum-selling artist behind such seminal albums as Antichrist Superstar. “The only thing people have asked me about in the last decade are the rib thing, and if I’m that nerd in The Wonder Years. So, for the last time: I can’t suck my own dick, and I’ve never been in The Wonder Years!”

Rumors persisted for years that Manson had split duties between bands since the early 2000s, with many internet commenters pointing to Manson’s resemblance, sans makeup, to Wonder Years bassist Josh Martin.

“I can totally see it,” said Manson fan Shelly Rosen. “It’s like a bone structure thing or something… I don’t know. He says it’s not true, but I think it’s sort of part of his mystique. I’m not sure what to believe.”

Manson insisted that, logistically speaking, there’s no way the rumor could be accurate.

“I would have been fucking 36 years old when that band started, so wouldn’t I have been pretty recognizable?” said a frustrated Manson. “I mean, the rib thing I sorta get, ‘cause I’m a super weirdo, but what in the hell would I be doing in some pop-punk band singing about how lame my hometown is? I am an artist. Remember when I got ‘art tits?’ These fucking kids would never support a vision like that.”

Although initially delighted by the allegation, The Wonder Years have since echoed Manson’s exhaustion at the enduring rumors.

“People keep asking me to sign their copies of Portrait of an American Family,” said frontman Dan Campbell. “We’re out here trying to promote our new record, and people keep yelling at us to play ‘The Beautiful People.’ We are not stoked on it. Like, at all.”

Wonder Years members also firmly denied rumors that they were hospitalized after collapsing during a show in Boston after eating 15 pounds of pizza, resulting in their stomachs being pumped.