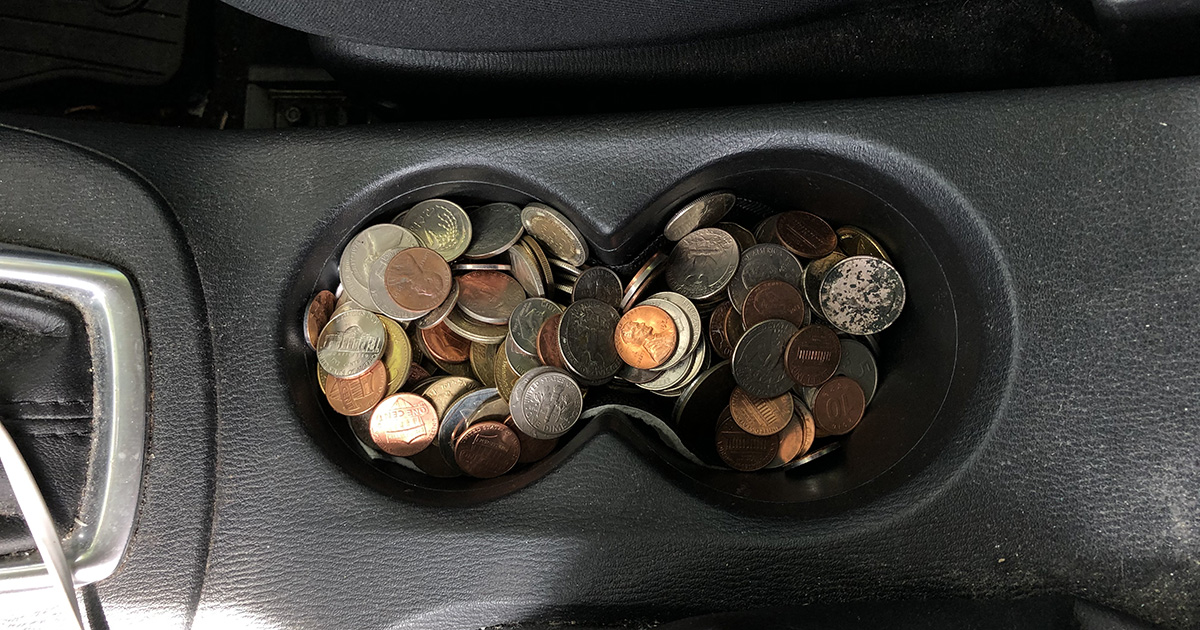 SCRANTON, Pa. — Local penny pincher Richard Olmsted is on the up-and-up after noticing the cupholder in his Honda Civic that holds his financial savings is nearly full, several sources report.

“It’s pretty amazing that it only took me a few years to get this much saved up,” Olmsted said excitedly. “It’s even crazier considering how often I need to dip into it for some quarters to do laundry or for shopping carts at Aldi. I’m just so thankful for my days as a waiter when all the elderly folks would tip me in stacks of dimes and the occasional quarter. I really loved when they would do that, and even more so now that I almost maxed out my center console savings account!”

Olmsted’s roommate Justin Whitehead appeared to be a little jealous of his friend’s ability to maintain responsibility.

“I mean, I’m super proud of Rich,” Whitehead explained. “It’s really cool to see a friend own a car, let alone a car that doubles as a rolling piggy bank. It must be nice to not have to lug a 40-pound bucket of change to Coinstar every week just to make ends meet. I could save my quarters if I really wanted to, but I have a crippling arcade game addiction that prevents me from saving much of anything.”

“It’s no secret that things have been difficult since the pandemic,” Jones explained through a massive pile of papers on her desk. “With the recent coin shortages and massive income inequality, it’s been difficult for young people to save any money at all. Mr. Olmsted is very fortunate to maintain a cupholder’s worth of change for a nest egg, considering the average millennial can’t even fill an ashtray or empty cigarette box. Everyone should have at least a sock full of quarters saved up by the time they are 30, and unfortunately that’s not feasible for most millennials.”

At the time of press, Olmsted revealed his intentions to further invest in his future by starting a retirement account in the floor of his car’s backseat.