Manowar Member on Date Looks Nothing Like His Album Cover Pic 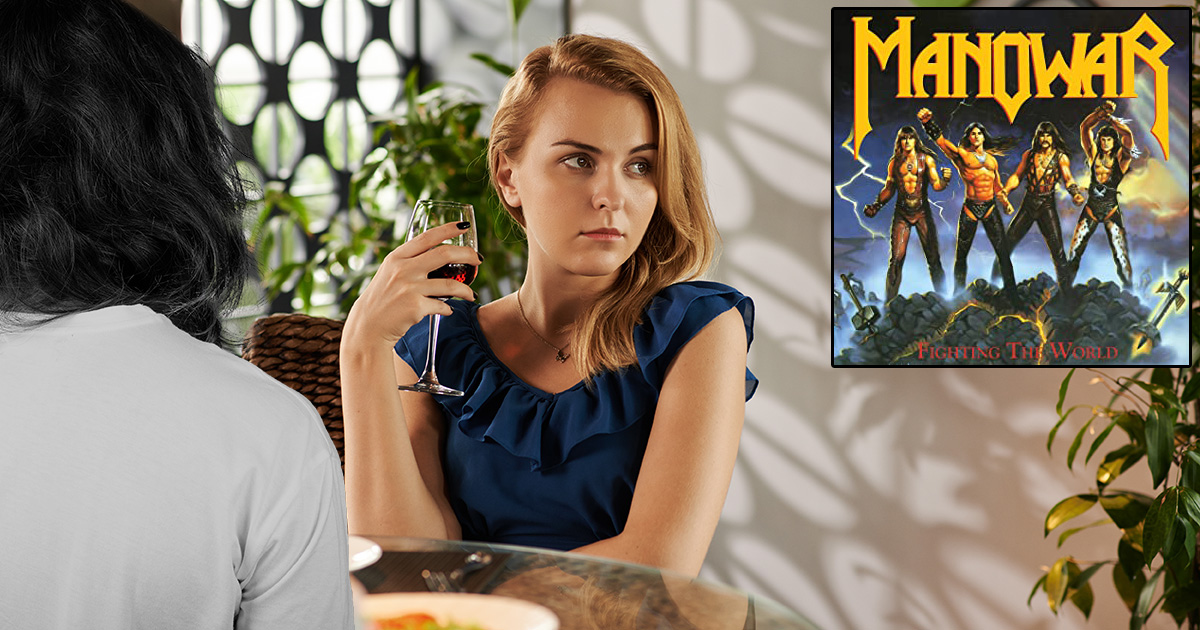 “For a guy screaming ‘Death to False Metal,’ he sure had no problem using misleading pics,” Richmond reported. “Look, the guy’s in good shape for his age, but I was promised bulging muscles, swollen pecs, ripped abs — you know, like those ones where the veins are about to freakishly burst because they’re taking too much steroids? That’s the kind of man I was promised. This had to be an old album cover; his jet black hair is looking a little grey these days.”

DeMaio admitted the photos might not be completely accurate, but stood by his choices.

“I mean, we haven’t released an album since 2014, but that photo is a great representation of who I am,” DeMaio said. “Sure, the particular photo she saw of me wielding the lightning conjuring hammer and yanking those rib cages out of soldiers in battle are a bit dated. But just the other day, I was standing shirtless on top of a mountain holding a sword, and I never felt better. I think she’s the one being shallow.”

Administrators for Turbo Lovers, the dating site that facilitated their meeting, noted that this is a very common occurrence.

“We here at Turbo Lovers, the web’s premiere site for single shredders, apologize for any problems that may have occurred through our product,” said the dating site’s PR representative Derek Willow. “While we cannot force any of our users to upload their most recent photos, we have had multiple complaints regarding Mr. DeMaio — for one, a quick scan of his pictures showed his pet eagle with a six pack, which doesn’t seem possible. Plus, he used other tricks, like using group photos so you can’t tell which one he is. We will be suspending his account, just like we did with that guy from Molly Hatchet.”

Richmond and DeMaio still tried hooking up, but were unable to due to a metal spiked codpiece protecting DeMaio’s crotch.