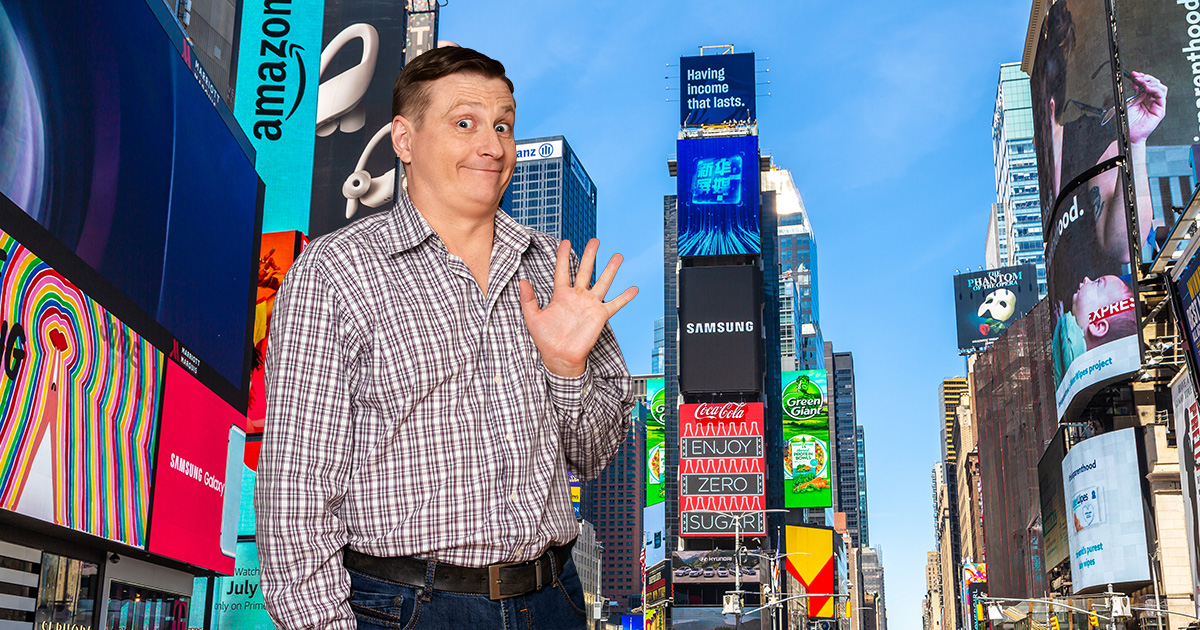 NEW YORK — Recent NYC transplant and lifelong Floridian Jerry Smithson announced to a group of friends that New York City is without a doubt the greatest city in the world despite only having Tampa as a benchmark, witnesses from Omaha who couldn’t agree more confirmed.

“It’s got everything you could possibly want, like restaurants, bars, and even a couple of parks. You know, stuff other cities don’t have,” said Smithson before asking a stranger for directions to the nearest Applebee’s. “Sure, I could do without the cockroaches, relentless car horn honking, and the alarming amount of men who masturbate on the subway. But I can overlook a few nuisances because the bodegas have cats! It just blows my mind that I used to live in a four-bed, four-bathroom apartment for $400 a month like a boring chump. Now I share a rundown studio with a roommate for eight times that much. Only in New York!”

Friends of Smithson commented on his enthusiasm for the place he’s called home for two of the mildest seasons of the year.

“I wouldn’t know what Florida is like because I wouldn’t dare travel to the South on purpose,” said Williamsburg resident Julie Drear before texting her parents in her home state of Indiana to see if they paid her rent this month yet. “Nonetheless, he’s right about NYC being the greatest city in the world, as long as you avoid Times Square, Midtown, Staten Island, literally any tourist attraction, anything north of Harlem, the scary parts of Brooklyn, and pretty much all of Queens because that’s where the poors live. NYC is also a melting pot of diversity and they all have the best food carts, although I stick to the hoods that I know serve bottomless mimosas with brunch. It do be like that.”

Experts weighed in on the history of New York City.

“This place had a huge PR problem in the ‘80s, so city officials actually hired a bunch of marketers to come up with brand strategies to promote and attract gentrifiers,” said public relations associate Gayle Fropp. “And it worked like a charm. They even wrote that ‘Empire State of Mind’ song for Jay-Z and Alicia Keys. Not many know this, but they actually embedded subliminal messages in the track to make you think New York City is amazing. You can kind of hear it if you listen closely — it feels like you’re there, minus the pee smell and the 45-minute train delays. There’s a reason only the Big Apple has been immortalized in music and film.”

At press time, Smithson had lost some enthusiasm for New York after realizing he had to fold his pizza in half before consuming in order to avoid public ridicule.