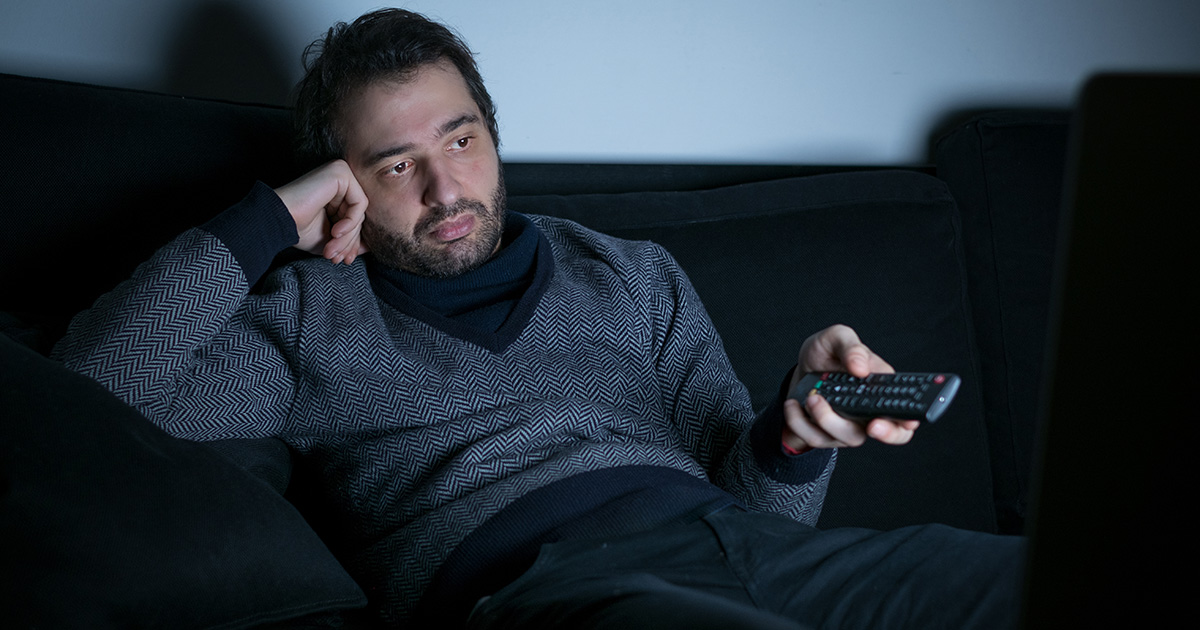 DAYTON, Ohio – Local man Jesse Clingman found himself unimpressed and longing for a friend to direct his complaints after viewing the entirety of Peter Jackson’s massive eight-hour Beatles documentary “Get Back.”

“I just don’t understand the hype. It looks like somebody just threw a bunch of shitty B-roll footage together. There is no plot to speak of, and all the guys just seem like space cadets. How am I supposed to get emotionally invested in some shaggy dudes who barely know how to play guitar?” said Clingman from his studio apartment in reference to the painstakingly edited documentary series that details the creation of some of the most memorable songs to ever enter the pop canon. “I can’t be the only one that thinks this band is totally overrated. There are so many bands from the ‘90s that would mop the floor with these guys. Let me know when someone makes a Soundgarden documentary, that will be worth watching.”

Childhood friend Andrew Gordon admits he has distanced himself from Clingman in the past few years.

“It’s all just too much. If there is a universally loved piece of media he will do whatever it takes to tear it down,” stated Gordon. “I remember we went to see ‘Bridesmaids’ with a group of friends and everyone loved it, other than Jesse of course. He kept saying he would love to see a remake with an all-male cast, and then maybe he would enjoy it. It got so bad that I ended up telling him I moved to Oakland, but in reality I live 15 minutes from his apartment. I just grew a goatee and I wear a hat whenever I go out so he doesn’t recognize me.”

Noted Beatles historian Karl Hicks was horrified to learn of Clingman’s tepid review of the documentary in question.

“This man has actually said that the Beatles are derivative?!” said Hicks. “Oh, I’m sorry Jesse found the incalculable influence of classic songs like ‘Don’t Let Me Down’ and ‘Let It Be’ to be lacking in originality. Let’s just face the facts here. Paul McCartney has had bowel movements with more insight than this little twerp. I would have to assume that anyone with that sort of hatred toward the Beatles would have immense trouble starting a conversation, let alone maintaining a fruitful friendship. This kid is absolutely abhorrent in my book.”

At press time, Clingman was seen obsessively refreshing his Facebook account to see if his status “‘Get Back’? More like ‘Shit Stack,’ am I right?” had received any likes yet.