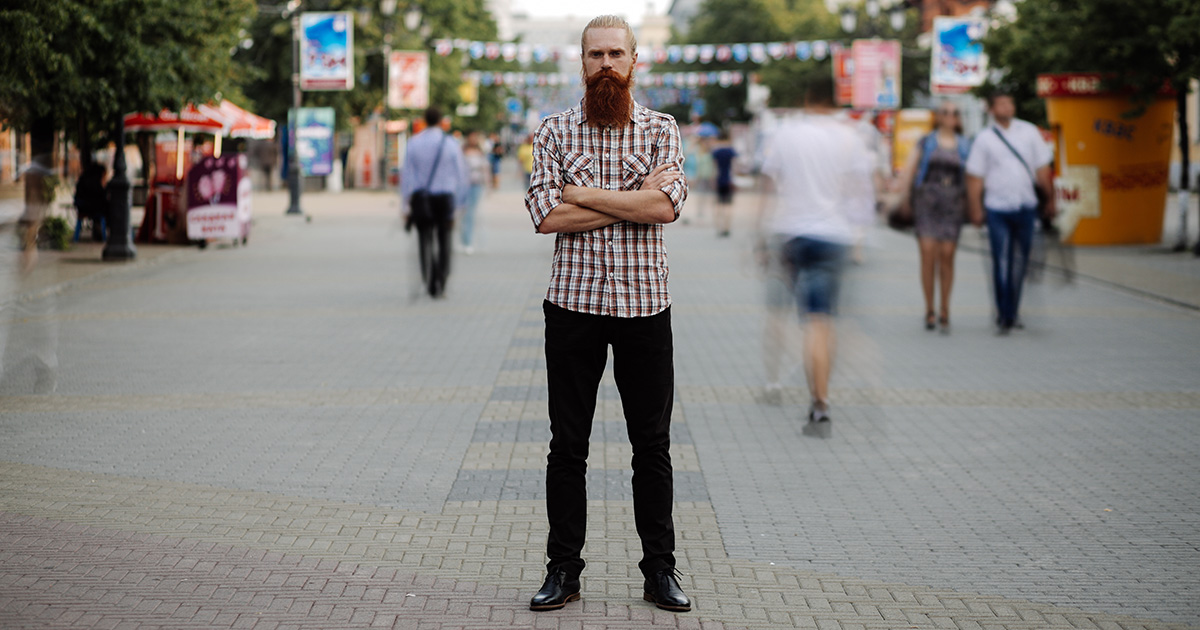 BROOKLYN, N.Y. — Local 32-year-old Brendan Muller decided today that he will stand perfectly still whenever he is in the presence of others in hopes of avoiding being canceled.

“My anxiety is at an all time high, and I realized if I don’t do anything, I can’t be accused of anything,” said Muller through a series of blinks in order to remain completely still. “I’m taking a risk even doing this interview. What if they discover my jeans were made with child labor? Or what if all those teenage girls I messaged on Myspace come forward? It’s a scary world for men right now.”

Muller’s childhood friend, 30-year-old Daniel Champagne, noted that while standing still might not be perfect, it’s working for now.

“I remember him screaming at his laptop like a banshee, then throwing it against the wall after reading that some comedian he liked got outed for being a perv. Later that night, we were watching ‘Jurassic Park,’ and there was that part where somebody says the T-rex ‘can’t see them if they don’t move,’” Champagne recalled between sips of a dangerously large can of Monster Energy Drink. “I guess that really resonated with him, because he scheduled an appointment for the feeding tube the next morning. I’ve been refilling his feed bag each day in the meantime. We’re hoping this all blows over soon, and people go back to staying silent about shitty behavior.”

Dr. Christina Von Volkenberg, the gastronomist who installed the feeding tube, did attempt to talk Muller out of the procedure.

“I tried telling him that if you just treat all people with kindness and consideration, respect their boundaries, and don’t be a fucking creep, you don’t have to worry about getting called out for anything. But he was very insistent that this was the only surefire way to avoid getting any sort of backlash,” said Dr. Von Volkenberg. “Come to think of it, choosing to exist in a perpetually passive state during a time of civil unrest over systemic injustice is pretty problematic in and of itself. Oh, boy. Just wait until this article comes out.”

It is unknown just how long Muller plans to continue this life of self-inflicted paralysis, as it would have taken way too long to ask him.