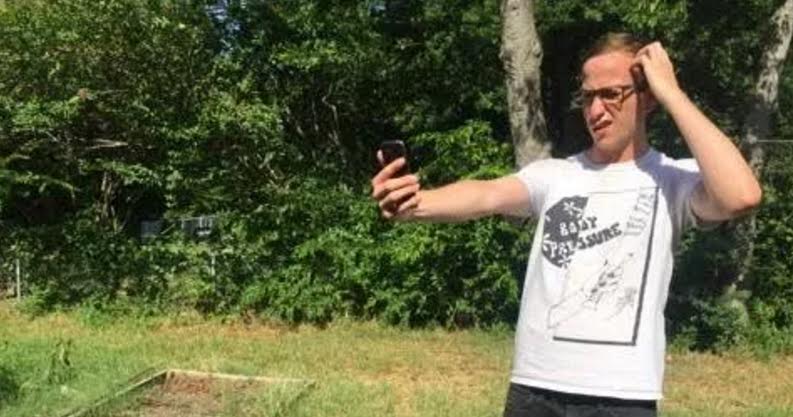 OAK PARK, Mich. –Erik Allister walks through the world with his head buried in his phone, eyes glued intently to the screen. To the untrained eye, there is nothing strange about this scene — but despite hours of trying, Allister, a skilled Pokémon Go trainer, is reportedly unable to locate Charmander or his girlfriend’s clitoris.

“I took to the game like a natural,” Allister said proudly, one of millions of people hooked on Pokémon Go, the new interactive game that allows users to capture and train Pokémon via Bluetooth and GPS tracking on their smartphones. “As a highly rated Über driver, I’ve been able to scour the city for work while simultaneously hunting Pokémon, earning candies and stardust.”

“Wow, that’s so great,” Sheila Baker, Allister’s girlfriend, said flatly of his prowess. “He must be so proud of himself. He’s a grown man spending hours searching for imaginary cartoon characters and Jigglypoofs or whatever, but is completely lost when he goes down on me. He’s like a puppy abandoned by the side of the road.”

Released last Wednesday, Pokémon Go has players of all ages hitting the streets in search of Pokémon characters, using pink flowers to lure users to areas that may be flush with Pokémon — a tip Allister mastered within three minutes of playing.

“I’m just at a total loss at this point. He wasn’t even close [to my clitoris],” Baker said, shaking her head. “I even tried to help him out a little by placing his hand right on it, but he kept missing. It was just ridiculous. But like, he can look at a map and find a Bulbasaur or Chernobyl or something with no trouble?”

The wildly popular game is receiving praise for encouraging users to explore their surroundings and interact with the real world.

“He keeps talking about how he needs ‘experience points’ and I’m just like, ‘Yeah, Erik… you have no idea how much experience you need.’ Maybe when the wearable device comes out it will get better. I hear it vibrates when Pokémon are around,” she sighed hopefully.

As of press time, Baker was receiving a lazy and uninspired one-handed back rub as Allister caught a Level 300 Pinsir.