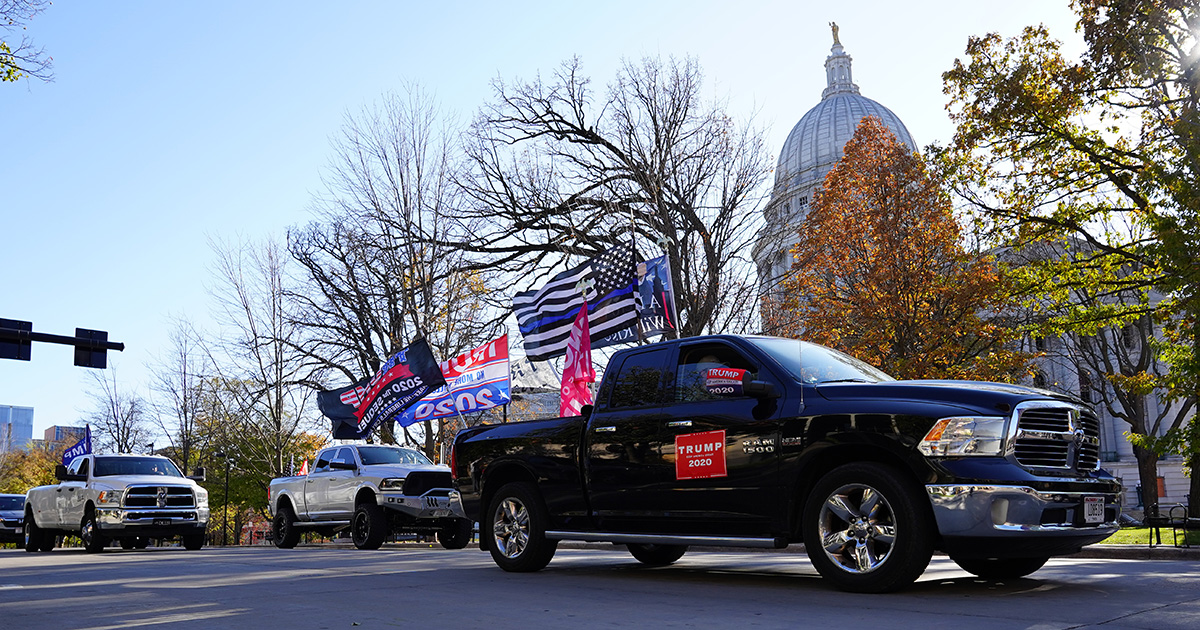 CENTRALIA, Wash. — Local patriot Rick Staler is concerned that the size of the flags mounted in the bed of his Dodge Ram 1500 may not be an adequate representation of his extreme racist beliefs, sources close to the militiaman confirmed.

“This country has gone so soft. I fly the biggest flags they sell, and I feel like it’s not even close to expressing my deep dislike of lazy welfare cheats. I tried to buy one of those Super Bowl field-covering flags, but some socialist at the Town Hall told me it’s illegal. Apparently, I went to bed in the U.S. of A. and woke up in China,” said Staler while ironing his camo jacket. “But, like the forefathers, I will not be a victim of tyrants! I have my wife working on making our bed sheets into flags. Real Alphas will die before we lose our God-given right to speed through a Petsmart parking lot with ten yards of the modern white supremacy movement symbols proudly on display.”

“Listen, there’s nothing I love more than the Stars and Stripes flying while I rev my Hemmy at some Prius. But too much pageantry is a bit gauche. It’s not the size of the flag, it’s the hate you carry in your heart that matters,” said Randall. “These days I’m looking for a mid-sized flag that says my mixed nephew is welcome at Thanksgiving, but makes it clear that I support law enforcement’s shooting of unarmed citizens. A size that says, ‘I love tacos’ but also ‘Build! The! Wall!’ This is a game of inches.”

Mark Gold, Editor-in-Chief of Truck Flag! Magazine is concerned that deviance from the traditional truck flag path may represent weakness.

“Listen, anyone badass enough to fly Old Glory is a friend. But we’re starting to see people think they can roll up with a simple 5 x 8 and be treated like the second coming of Tucker Carlson. Can we trust Mr. 5 x 8 when we battle the incoming caravan of refugees? Not on my watch,” said Gold. “I won’t be happy until I have a truck made of flags that reaches Jesus in Heaven. And if you’re not on board with that, enjoy your mom’s basement you Antifa cuck.”

Staler was unavailable for further comment as he was checking his truck’s back window painting of a shirtless muscle-bound Donald Trump to ensure it had enough glistening sweat on its pecs.