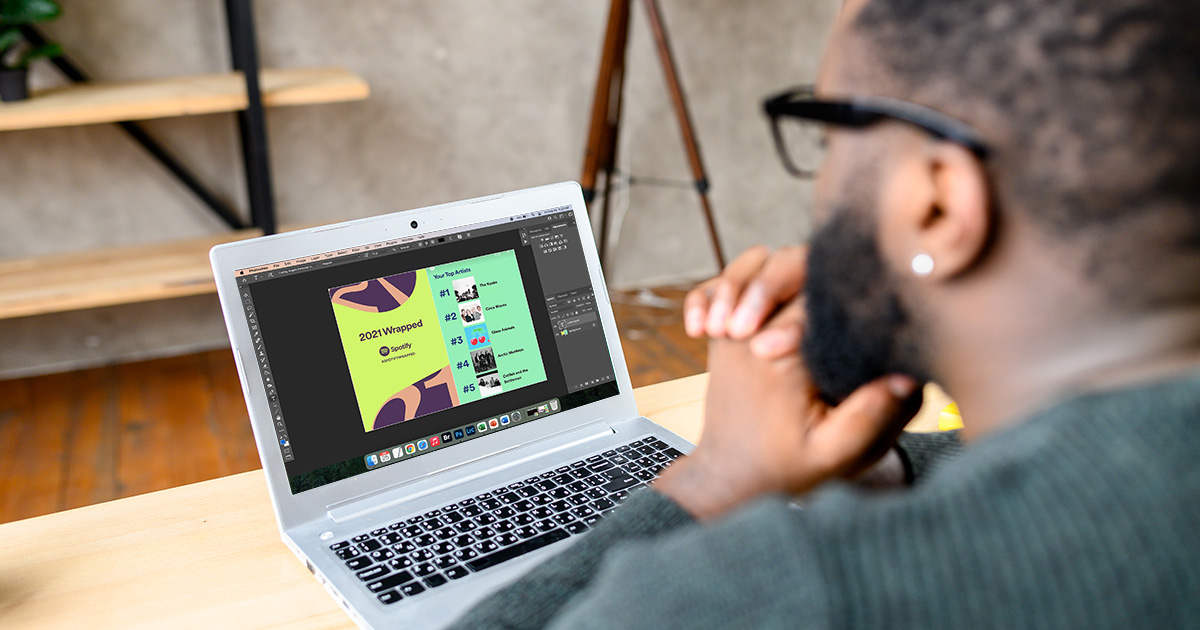 “I always start to panic when that first week of December comes around and everyone is posting about their top music of the year,” admitted Tappe while organizing Post-It notes with Photoshop shortcuts. “When I saw my list I knew I was screwed. My top artist was Gin Blossoms again. They are an addiction I can’t kick, but the world can’t know that. So I got to work. At first I tried to do it on my own but I couldn’t match the colors and fonts. I found an online class that really helped, it was the best $2,400 I ever spent because not a single person could tell I posted a heavily doctored image.”

Friends of Tappe were immediately skeptical of the list given the timing and the song choices.

“It was a pretty benign list and I didn’t think anything of it at first. Then I noticed his ‘third most played song’ was a Drug Church single they had only dropped two weeks earlier. Very suspicious if you ask me. How could such a new song make his top songs? Something didn’t add up,” said Tappe’s former bandmate Austin Berle. “I called in a series of favors and was able to procure his search history and bank statements and saw how focused he’s been on Photoshop, but he also searched ‘cool hardcore songs 2021’ and used two songs from a No Echo article that was near the top of the search results. Ladies and gentleman, we have ourselves a poser.”

A representative from Spotify says that upwards of 90% of Wrapped lists you see posted have been digitally manipulated.

“We initially started sharing that data with our users because it was fun and engaging, but we quickly realized how angry it made people when they saw their terrible music taste presented to them,” said Mara Landers. “Usually around November 15th we will start getting emails from customers offering us $500 if we allow them to choose their own top songs. We always have to say no, and tell the user to accept their own behavior. We might invest millions of dollars into military defense firms, but we still have integrity.”

At press time, Tappe was digitally inserting his image into the crowds of legendary hardcore shows he did not attend.