Man Falls Down Five Flights Of Stairs Without Spilling Beer 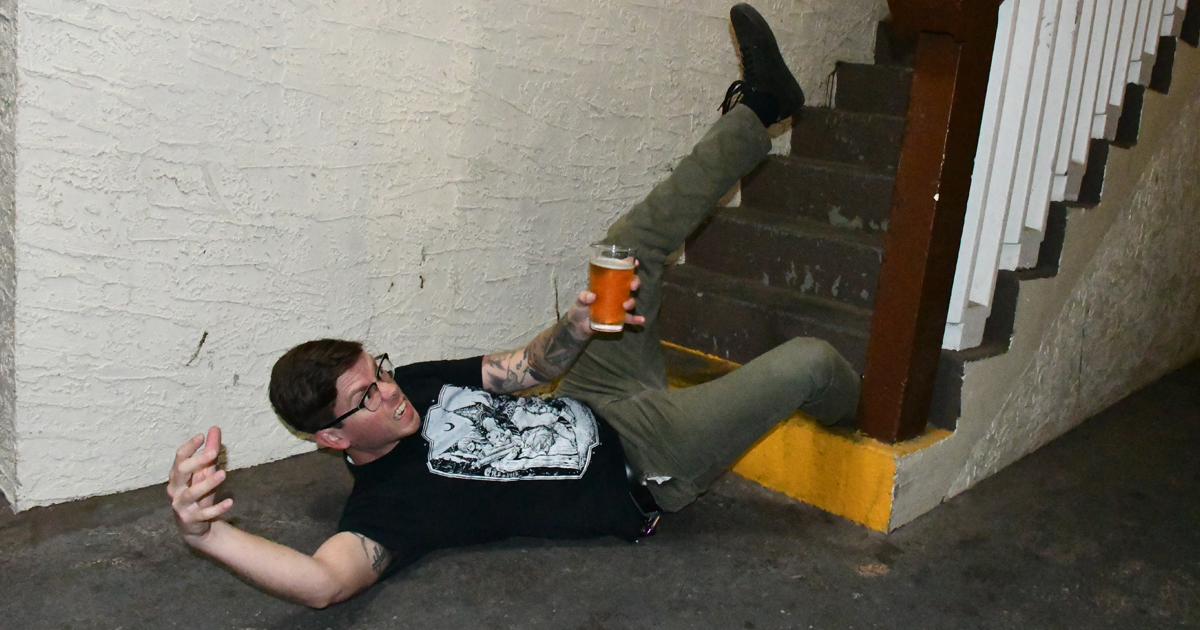 SAN FRANCISCO — Local bar fly Brock Cooper accomplished the impossible after he tumbled down five full flights of stairs without spilling a single drop of the beer in his hand, multiple tipsy to trashed witnesses confirmed.

“We responded to a 911 call at The Red Clam and when we showed up there was a concussed man on the floor holding his beer in the air like a fucking champ. Dude was out cold, but he didn’t let a drop hit the floor,” said EMT Amani Goldmann. “We put him on the gurney, and I swear, he was still balancing the beer and keeping it level even though he was entirely unconscious. If I’m not mistaken, the hospital emergency room nurses even had to x-ray his body with the beer still in his hand. This guy is a legend.”

Ryan Marcus, a Clam regular, was still in awe at the incredible spectacle of a man eating shit with the nimbleness of a thousand baby lambs.

“I mean, I understand falling down one or two flights of stairs but, five? Incredible! I just assumed he would have figured out a way to slow down or stop or something,” said Marcus while standing by the staircase and noticing how dry it still was. “I was at the bottom of the stairwell having a cigarette and I heard his head hit the stairs like 12 times. It is a sound that will haunt me for years. I’d say he was falling for a total of at least two minutes straight and his beer seemed to be floating, steady as a sniper’s scope. I honestly kinda got bored watching after the third flight. Oh, I mean, it was undeniably incredible though.”

A bedridden Brock Cooper in a full-body cast commented on the extravagant display of grace and emphatically denied any allusion to negativity.

“Yeah, I broke my pelvis, both arms and legs, four fingers, eight ribs, two vertebrae, my nose, half my face, and had to have my spleen partially removed, but fuck if I’m wasting a beer or getting my new jacket wet,” Cooper stated between sips of a beer from a straw. “The Guinness Book of World Records was vehemently uninterested in identifying this as a world record, but I’m having trouble finding any evidence that suggests I didn’t hit that mark.”

At press time, Cooper was observed riding a hospital bed down a hill aimed at the window of a nearby pub.