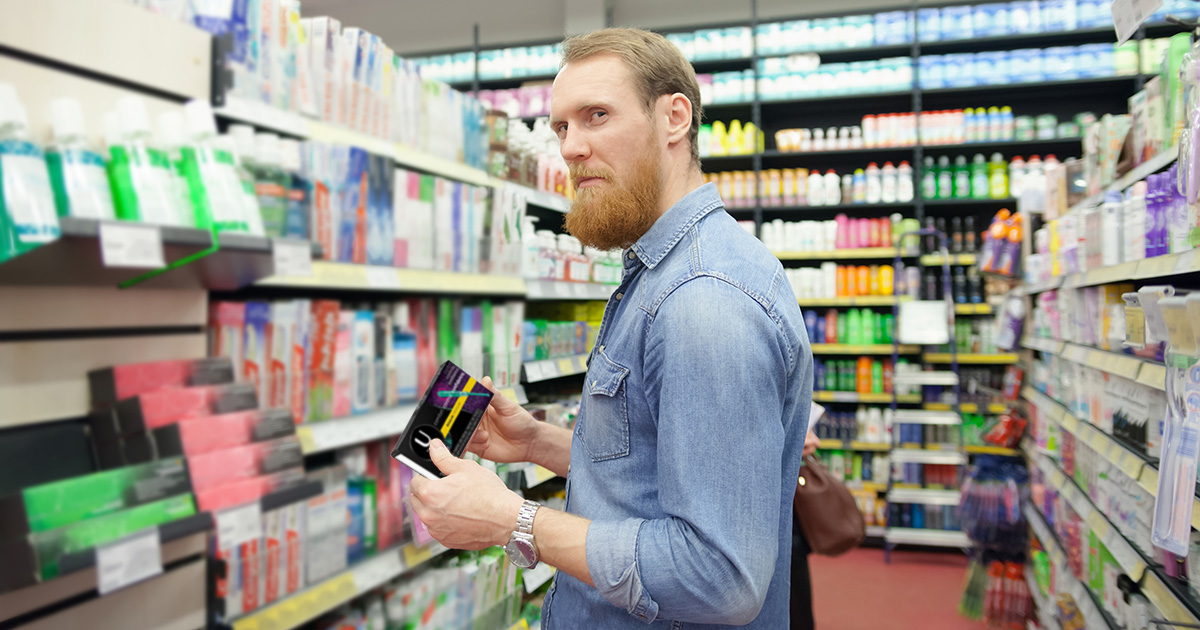 FRESNO, Calif. — Local boyfriend and overall totally unremarkable guy Brian Cromwall utterly debased himself to do his girlfriend a solid yesterday by buying her a 36-pack of tampons and was noticed by exactly zero people, no one reported.

“I can never show my face at the south Fresno Dollar General again. No one there will ever forget this,” whispered a red-faced Cromwall, who went unnoticed by the entire staff as well as fellow shoppers. “I bet everyone within a quarter mile of that store is telling all their friends about the guy buying tamps to shove up in himself. I could totally tell everyone in there was being all sly and craning their necks, widening their judgmental eyes.”

“I’m positive someone already posted a Boomerang of me on Insta and Johnny Knoxville regrammed it,” Cromwall continued, his face obscured by sunglasses and his hoodie. “Kids are probably doing TikTok dances with Playtex boxes making fun of me. I’m never doing this again.”

Witnesses were apparently so shocked by the cringe-inducing display that no one could remember any exact, or even vague, details.

Experts claim tampon-induced trauma is not a new phenomenon, and has affected boyfriends and husbands for decades.

“Buying feminine products is only a big deal to sitcom characters and insecure guys who haven’t shaken the toxic masculinity of their childhoods,” explained relationship expert Dr. Shawna Reece. “So I’m not surprised Ryan… or wait, is it Brian? I cannot for the life of me remember his name. But anyway, in the average American male’s mind, he is the protagonist of a critically-acclaimed movie whose every thought and motion is worthy of notice. In reality, no one could care less what they do, and many are even bothered by their presence.”

As of press time, a self-deprecating Facebook status Cromwall posted about the ordeal was scrolled past without a second glance by dozens of people who can’t recall how they even know that guy.