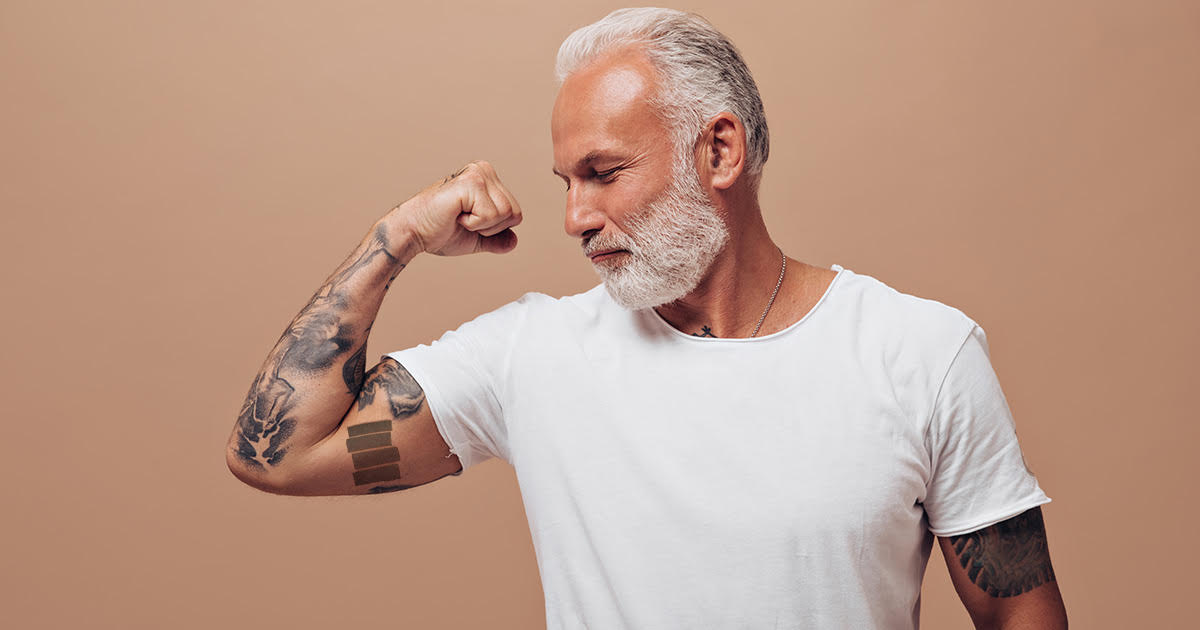 “It was the late ’70s when I got it. Morris’ style was irreverent and fun, but that’s who I was at the time, and those four bars meant something different to me then,” explained Vaughn. “But if I’m going in for job interviews, I have to show I’m a mature and serious person, and I can’t do that with a clearly visible Morris-era tat. Now, the Black Flag bars paying homage to Rollins on the other hand… people see that and they know you mean business, and would never steal money from the cash register and use it to buy fireworks to ignite in your ex-wife’s carport.”

“When he came in, I thought he just wanted a touch-up,” said tattoo artist Tracy Knight. “I tried to tell him a cover-up won’t make any sense, but the dude was insistent — it’s literally the same tattoo; no one knows who the singer was when you got it. But he just kept mumbling something about saying ‘goodbye to the impulses of youth.’ Finally, I just took his money and made it a little bigger around the edges. He seemed happy with it, so whatever.”

When asked for comment, Rollins gave an impassioned response.

“What do I think about it? What do YOU think about it, pal? Do you even comprehend the history and significance of tattoo culture?” began Rollins with his trademark intensity. “Anywhere you go — and I should know, I mean, I’ve been everywhere. Just in the last two weeks, I’ve been to the Philippines; Croatia; Rutherford, New Jersey; and Stalingrad, metaphorically speaking, and in all those places, the one constant… oh, and Portugal… the one constant, no matter where I am, would be a guy coming up to me like, ‘Oh, yeah, but what about Rollins Band, duh duh duh,’ and I shut it down right there. I get in his face, like, ‘No, PAL! You don’t tell me about Rollins Band. I tell YOU about Rollins Band!’ And then I just blow his mind and leave him there like, ‘Whaaa?’

Vaughn was later spotted replacing the spikes on his denim vest with more sensible and professional looking studs, adding, “It’s time to put away childish things.”