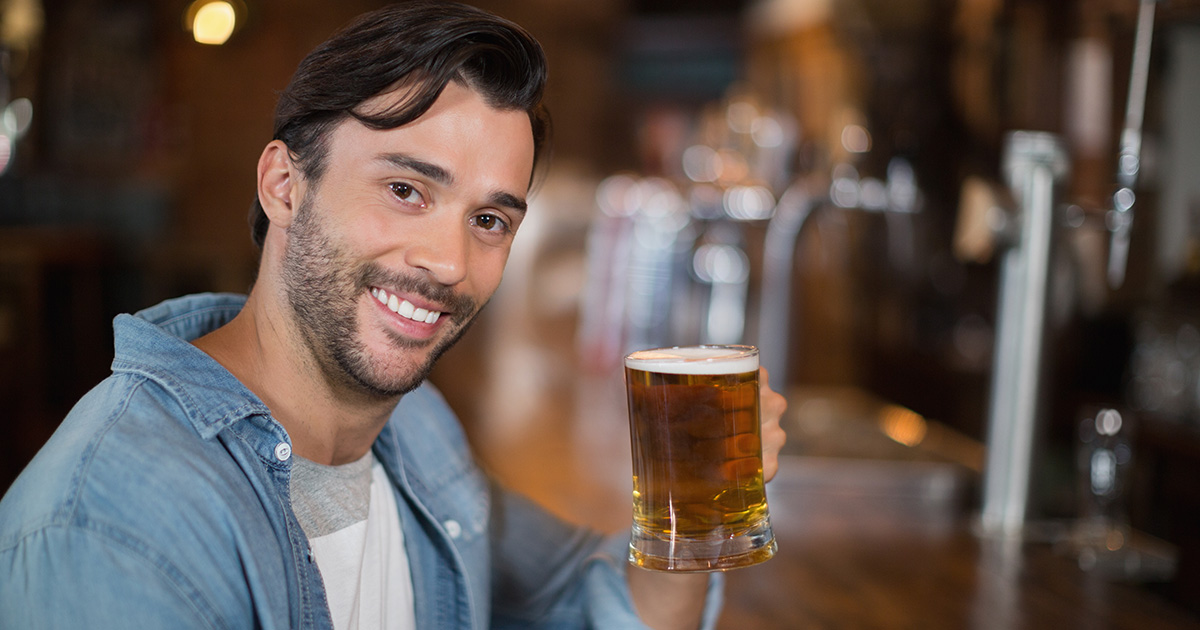 FAIRBANKS, Alaska — Obvious alcoholic and general mess of a human being Jerrold Long announced today that he will spend the entire evening, and the next nine years after that, celebrating the years he has left until he gets sober, hopeful sources report.

“I’m so excited to finally start living my best and healthiest life, and not wasting every dollar I earn chasing meaningless highs,” said Long, eating nachos left momentarily by a patron using the restroom. “I’m telling you right now: 2028 is the year Jerrold gets clean. It has to be.”

Those close to Long were relieved to hear the 32-year-old’s infamous drunken, debaucherous escapades were finally coming to an end in a little less than a full decade.

“I honestly don’t know how many more nights I could endure waking up to Jer-Bear sneaking a credit card from my purse, only to ‘replace’ it with an inhuman amount of vomit,” said Long’s girlfriend Vannie Lin, referring to a ritual Long calls “Indiana Jones-ing.” “I don’t think I could handle 11 — or even just 10 — more years of that childish behavior. I really think Jerrold ending the 2020s strong will save our relationship. This is a big step. I’m proud of him today.”

Long knows sobriety isn’t just a single day decision, and will require a lot of effort to truly turn his life around.

“I’m just excited to look back on my gradual decline towards rock bottom over the upcoming nine years and say, ‘Jerrold, you sad piece of shit. Look how far you’ve come,’” Long said, a single tear sliding down his cheek. “All the stuff I went through — like getting kicked out of rehab for ‘endangering the plumber,’ to those two years I squatted in a cardboard box with what I would later learn was a dead cat — will become reminders to never again give into…”

“Hold on, let me chug this real quick,” he paused, finishing a half-empty beer found inside a bus cart. “Addiction.”

Indeed, Long already has plans underway for a party celebrating his 8th year of sobriety. “It’s important to mark even small bits of progress,” he said. “Also, I’m gonna rage.”