Man Binge-Watches Life Passing Him By 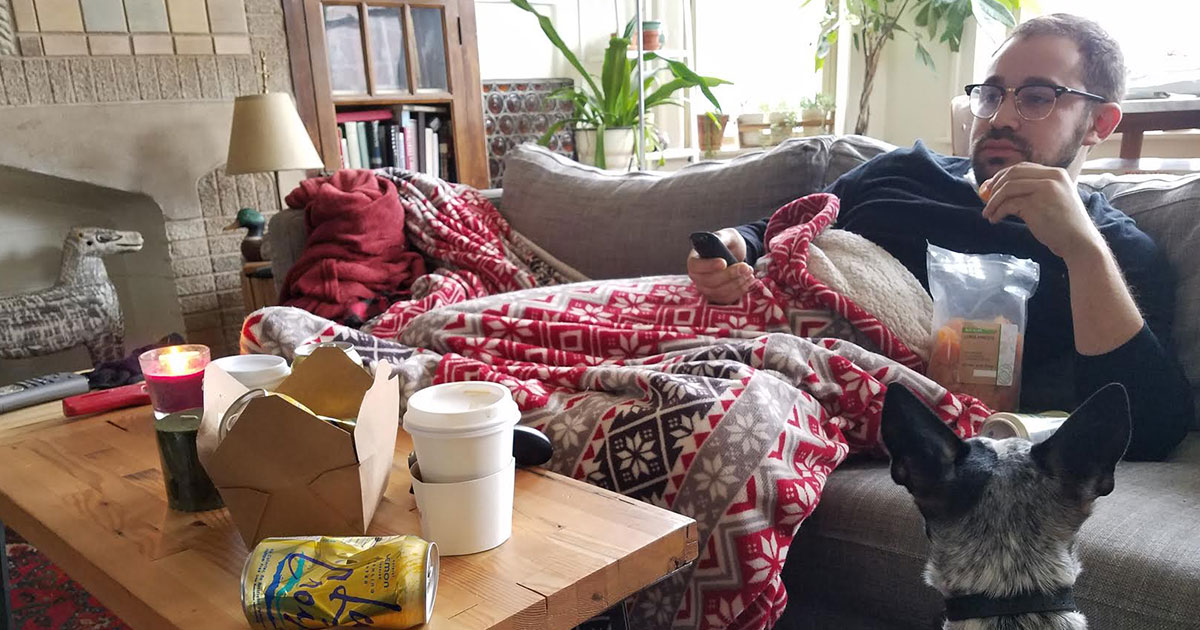 CHATTANOOGA, Tenn. — Following his recent birthday, 32-year-old bank teller Derek Kramer resolved this will be the year he quits binge-watching his life pass him by, according to his apprehensive family.

Those close to Kramer report he has spent the last decade “doing just enough to get by while still making big promises,” despite graduating with honors from college. Kramer, who has made a name for himself locally as “the guy who is going to write his memoir someday,” admitted his obsession over his own evolving storylines have hindered his progress.

“I almost sat down and started writing an outline last year, but I had a crazy summer — my ex got married, Fast and Furious came out, and my manager got sick, so I had to pick up some extra shifts at the bank. It’s all part of the process, man,” said Kramer, firmly planted on his couch. “How can you make plans when the drama of life is still unfolding? I don’t even know what’s going to happen next season.”

Friends of Kramer claim they’ve long assumed he would move away or settle down with someone, but note he’s seemed content talking about the new plot lines developing in his life.

“Derek’s a great guy. But every day is the same thing,” said longtime friend David Carrabba. “You ask him when he’s going to start dating again, and he just responds, ‘As soon as the cliffhanger with Julia [Trepassy] resolves itself.’ We’re all worried about him.”

Single since a 2006 breakup with Trepassy, Kramer is allegedly trying to kickstart the latest season of his life by reentering the dating pool. A recently-created OKCupid profile features a photo from Kramer’s senior year at the University of Tennessee-Chattanooga, taken during his last relationship. If he struggles, however, Kramer revealed he has a backup plan.

“My friend Tonya recently got divorced, and we agreed if we’re still single when we turn 40, it makes sense for us to hook up. She inherited a house from her folks, so it’ll be nice to have an office,” said Kramer. “Worst case scenario, I think that’s the sort of plot twist that can really set my final seasons apart from my early years.”

Binge watch life pass you by in style with a new shirt from The Hard Times: