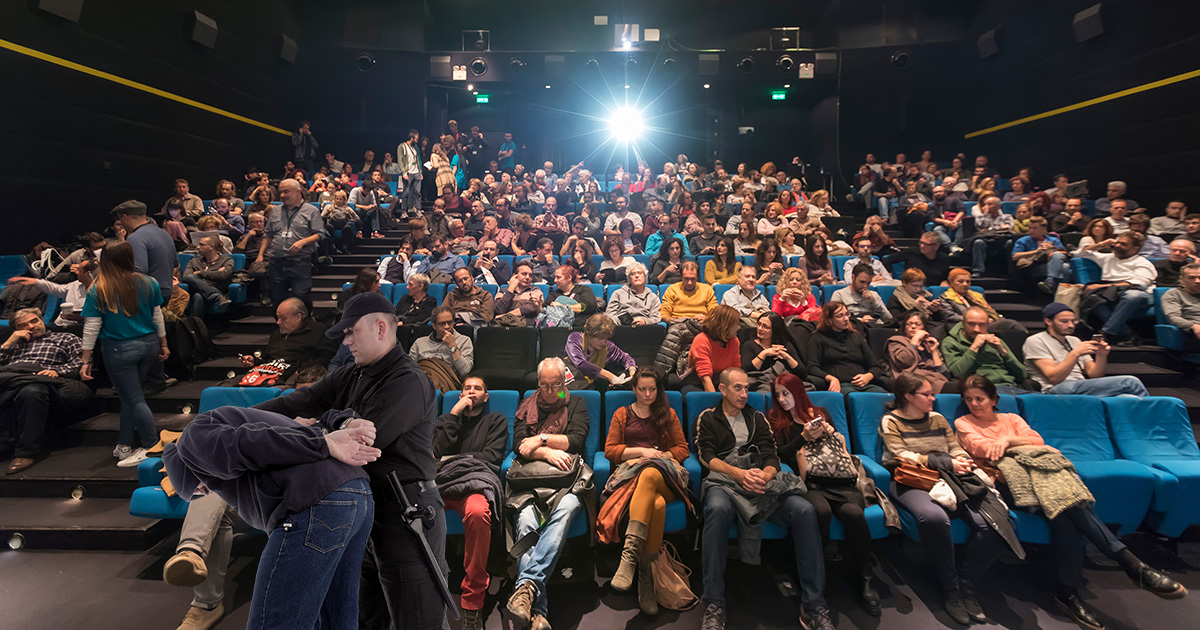 “Can’t anyone take a practical joke that only gratifies me anymore?” Yelban asked while blatantly ignoring his Miranda rights. “I was just exercising my first amendment right to be a total dick. First, they say we can’t yell out the name of a band who peaked 10 years ago; next thing you know, the government is controlling which unbearable indie bands we’re allowed to shit on. It’s like we’re living in a ‘1984’ Orwellian wet dream. I don’t know what that reference actually means, but you have to admit I sounded pretty smart using it.”

Moviegoers were not amused by Yelban’s prank, which resulted in dozens of injuries.

“There we were, staring at our phones during the trailer to ‘Top Gun 2,’ when all of the sudden some inconspicuous dude from the back yelled out a band name that made the entire theater run like hell,” said bystander Amy Winterstorm. “We didn’t quite know where Arcade Fire was coming from, and since no one paid any attention to those emergency exit PSAs beforehand, everyone was justifiably freaking out.”

“Honestly, I couldn’t have hightailed it out of there any faster,” Winterstorm continued. “The last thing I needed was another painful reminder of my insufferable indie pseudo-intellectual phase from a decade ago. That’s what my creative writing degree is for.”

Lawmakers defended the law as a societal safeguard.

“As soon as we identify threats to the general public, we have no choice but to enact laws to ensure safety. Except when it comes to guns, of course,” Colorado governor Jared Polis said. “We get paid handsomely by the NRA to refrain from drafting any laws opposing gun ownership. Now, if Arcade Fire started a lobby and paid us an exorbitant amount of money to pretend like our hands were tied, too, that ‘crowded theater’ law would disappear quicker than you can say, ‘I was into them before they were cool.’ Money is more important than safety, obviously.”

At press time, Yelban was sentenced to mandatory community service, which included 80 hours of unloading equipment at Arcade Fire shows.