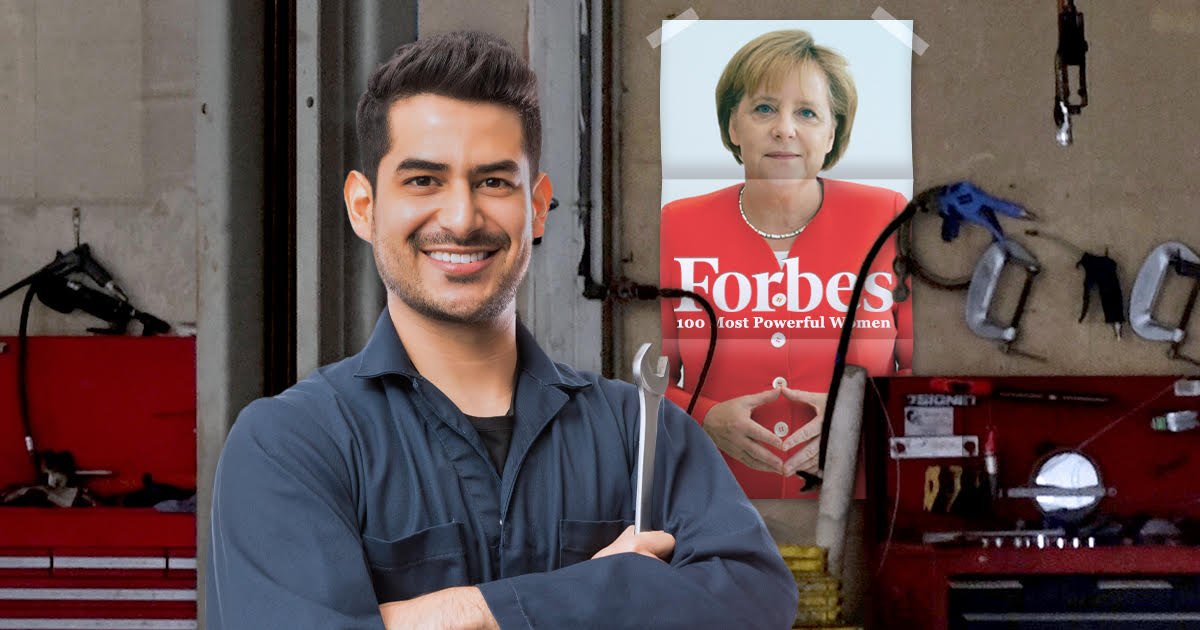 “Look, I am in no position to tell a woman how she should represent her body. But the photos of women in bikinis, or even nude, just don’t do it for me,” said Murphy, whose auto repair shop offers 15 percent discounts to all female customers. “I have always said a woman’s true power is her mind — which is why I only decorate my walls with CEOs and world leaders whose strength is their ultimate sexiness.”

Employees of Murphy’s Auto Repair admit they have to be careful about how they decorate the shared workspace.

“I had a photo of my partner in a swimsuit from our trip to Italy taped on my toolbox and Elias asked me to take it down,” said repair technician Lisa Hunt. “It made him uncomfortable to see a woman dressed so provocatively, especially a woman of ‘her build.’ Then he went on a 45-minute rant about how he finds ‘all women beautiful in their own way,’ which was just super confusing. It’s very annoying, but he pays well and normally he doesn’t bother me too much.”

“A lot of women are intimidated by car repairs, so I’ll try to take extra time to explain what’s wrong with the car. I also have a little cheat sheet with tips my female customers can use in order to avoid common car issues, which has my personal cell phone number on it, just in case,” said Murphy. “I just really want the women of this town to come to me first. I consider myself a pretty nice guy compared to some other mechanics who just take advantage of everyone.”

At press time, members of the Eugene LGBTQ community launched a boycott of the repair shop after a recent Murphy’s ad specifically clarified the 15 percent discount is only extended to “biological women.”