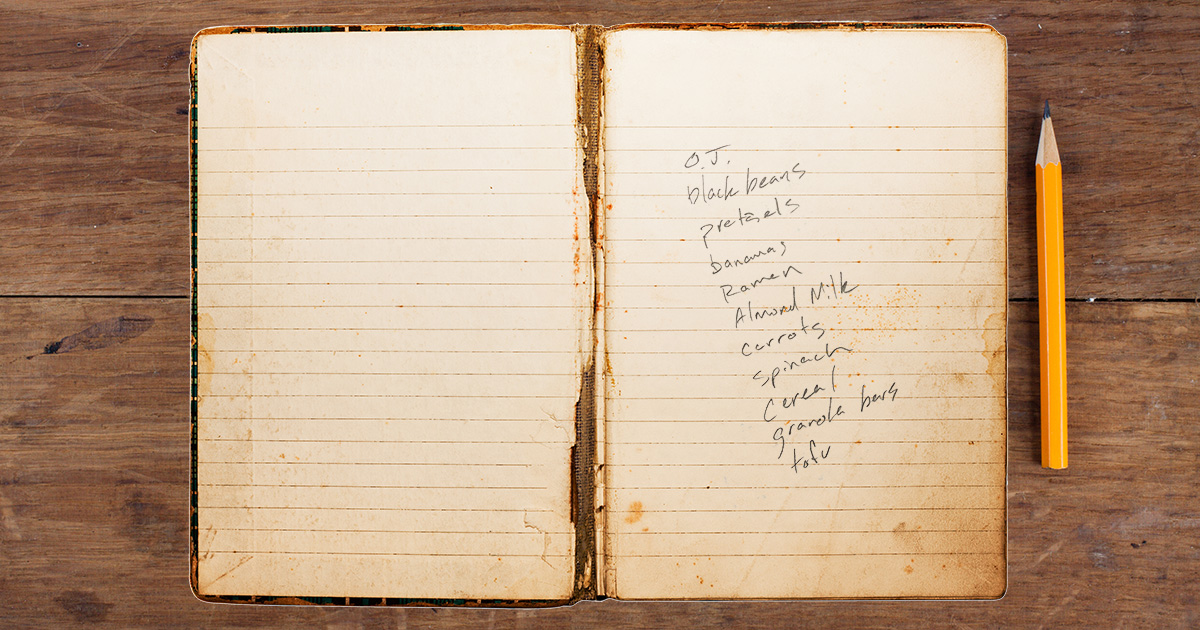 “It’s nice to have a notebook handy to capture any ideas that pop into your head,” Buxton said. “At one point, my ideas were mostly lyrics… and later, they were mostly jokes. Now they’re mostly reminders to buy stuff for chili — I’ve been getting real into chili lately.”

“It can be a lot of work, but once you make it, you have it for the rest of the week,” Buxton added. “So that’s fun.”

Buxton has allegedly told friends for weeks that he’s almost filled the “idea notebook” he’s had for the last two and a half years. It wasn’t until recently, however, that his friends realized just how Buxton’s definition of “idea” had stretched.

“I saw him writing at the bar at Limey’s before their open mic,” local comic Shana Hull said. “I looked over his shoulder and saw him scribble down ‘Hot sauce and parmesan’ next to his setlist. I asked him what the joke meant and he said, ‘It means I need to buy hot sauce and parmesan.’ I didn’t think that was very funny, but it’s his set, I guess.”

Friends claim the shift began almost a year ago, when Buxton, the once-devoted frontman of indie band The Abandoned Longwell House, moved away from heartfelt lyrics for the pithy commentary of a stand-up comedian.

“He used to always jot down random lyrics and couplets and the like in that notebook,” ex-bandmate Andy Marwen said. “Then one day during band practice, he looked up from writing and asked us, ‘What about ‘Man-tom of the Opera?’ You know, an opera for the fellas. Is that something?’”

“It was something, all right,” Marwen added. “It was the death of my friend’s dignity.”

Buxton, however, refuted that his change in focus has meant a change in passion.

“It’s still a lyric notebook,” Buxton said. “It just also has some other stuff in it: poems, raps, stuff I want to remember from when I’m blacked out, lists of people I want to have sex with… and, yes, groceries. That’s not sad. It’s not like it’s a notebook of random ideas for sketch comedy.”