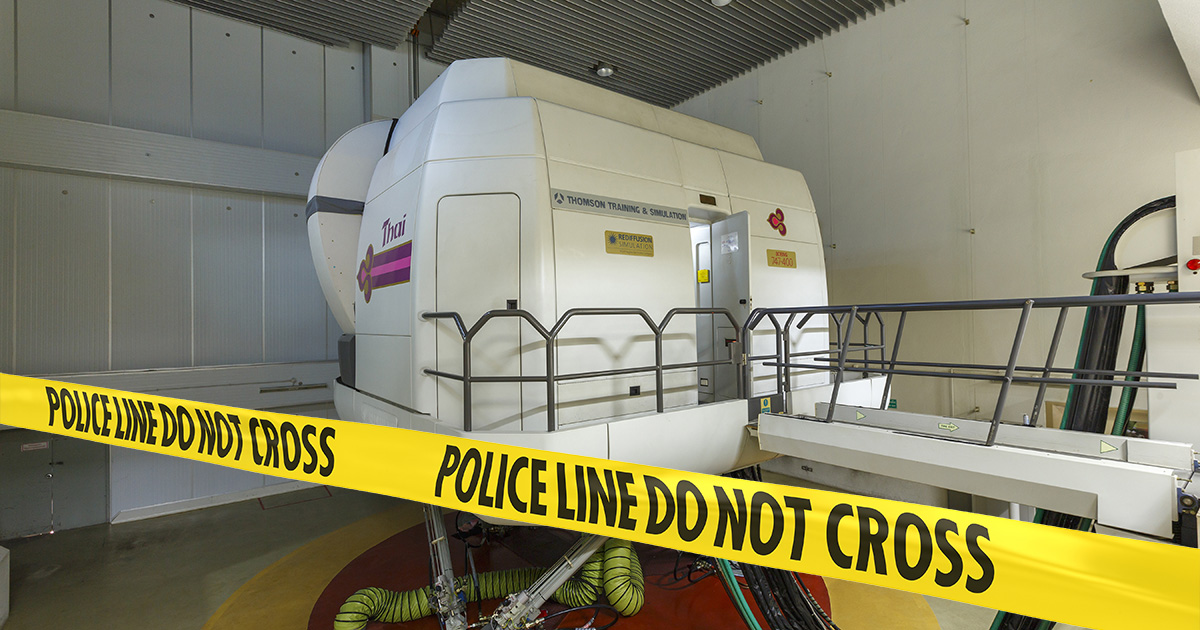 CLEVELAND — Four members of Cleveland-based Lynyrd Skynyrd tribute band That Smell were killed earlier this morning in a tragic accident caused by a loss of power in their flight simulator.

“It was an absolutely terrifying, if still very on-brand, experience that I’ll never recover from,” said bassist Mickey Johnson, the sole survivor now in serious but stable condition. “We were playing a show at a pilot training school when one of the instructors suggested we get the band inside one the modules to check it out… but within minutes, we realized the flight in our simulation didn’t have enough fuel. We tried to make an emergency landing in a field, but it all seemed so real that a couple of the guys passed out. Everyone laughed at the irony at first… but when my bandmates weren’t waking up, they got rushed to the hospital and were later pronounced dead.”

An investigation found that the sound of Lynyrd Skynyrd’s music triggered one of the flight simulator’s “famous rock n’ roll plane crash” training scenarios, which then malfunctioned.

“I knew these guys were committed to creating an authentic Lynyrd Skynyrd experience, but I didn’t think they’d go that far,” said Kyle Smith, one of the flight trainees at the show. “The fan in me was happy to get the full Skynyrd experience, but it was overshadowed by the trauma of seeing those corpses going into the back of an ambulance. The worst part is that this all happened during an intermission and they never got to play ‘Free Bird.’ But maybe it’s for the best — their cover of ‘Simple Man’ was barely passable, so I guess this was the universe saying, ‘enough.’”

While many in the tribute band community are mourning those lost in the accident, some criticized the band for not doing greater justice to the Lynyrd Skynyrd legacy.

“Where some see a tragedy, I see a boring pastiche: another tribute band half-asses the history once again,” said classic rock critic and music historian Ron Donatello. “They play the music incorrectly, use the wrong equipment and, in this case, lose the wrong amount of people in a plane accident that didn’t even involve a real plane. It’s like, why even bother at that point?”