Lonely Man Caressed for the First Time in Years 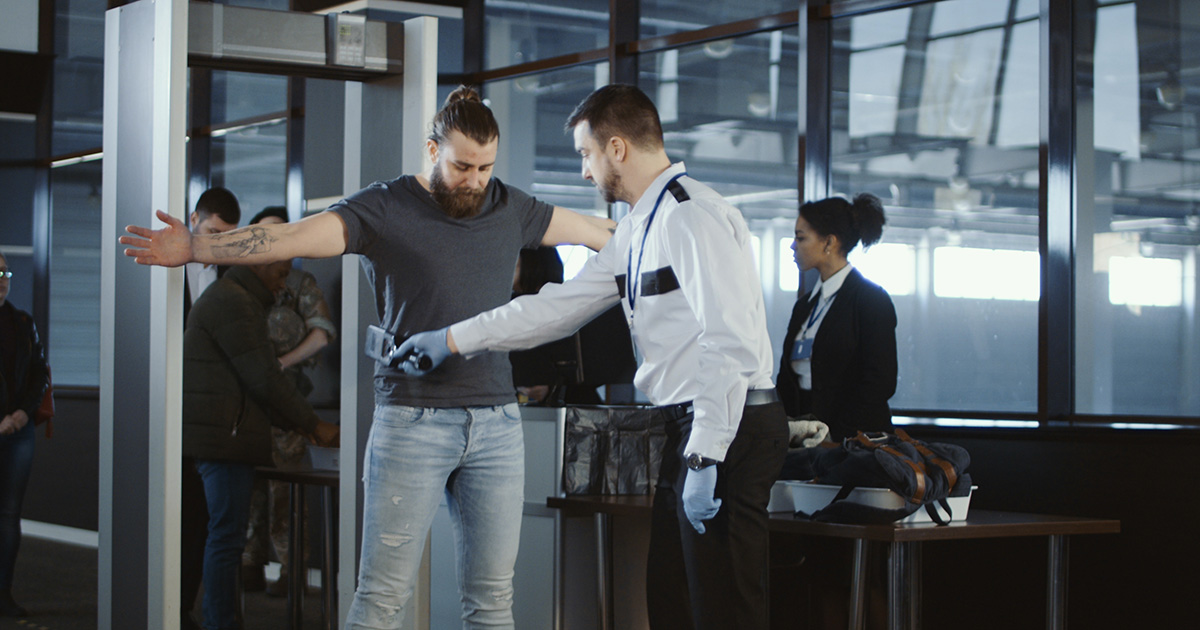 “He was so tender… so passionate. I wish it could have lasted longer, to be honest — I would have put some loose change in my pocket to get some more facetime with him,” Funk said of the security guard who performed the frisking. “I haven’t been held like that since Debbie got custody of the kids. I guess my vision board is finally working!”

The concert represented a rare night out for the 34-year-old, and onlookers described a scene which grew increasingly uncomfortable as an emotional Funk turned a routine security check into a cathartic therapy session.

“He looked pretty depressed, even compared to the other people attending a Wednesday night STP concert,” explained Lauren Esposito, the venue employee who gave Funk a drinking bracelet just before he reached security. “But the biggest red flag was when I checked his I.D. and realized he was going to a show alone on his birthday. Poor guy. I hope he has a dog or a nephew or something. That’s pretty bleak.”

According to sources, the line came to a complete stop as Funk lingered at the checkpoint and awkwardly attempted to reciprocate many of the actions being performed upon him by venue security officer Darren Brown.

“I knew this dude was weird as hell when he started crying after my hand grazed his shoulder,” Brown noted. “He had his eyes closed the whole time and kept whispering to me that it ‘didn’t mean anything’ unless I closed mine, too. How could I not?”

After nearly 10 minutes of cajoling from security and heckling from fellow concert-goers, Funk finally entered the venue.

“If you thought he was an emotional wreck outside, you should’ve seen him once the show started,” concert-goer Nia Clark claimed. “Somebody really should’ve given that guy a heads-up about Scott Weiland.”

At press time, Funk was waiting in line at airport security with a bouquet of flowers tucked into the waistband of his pants.