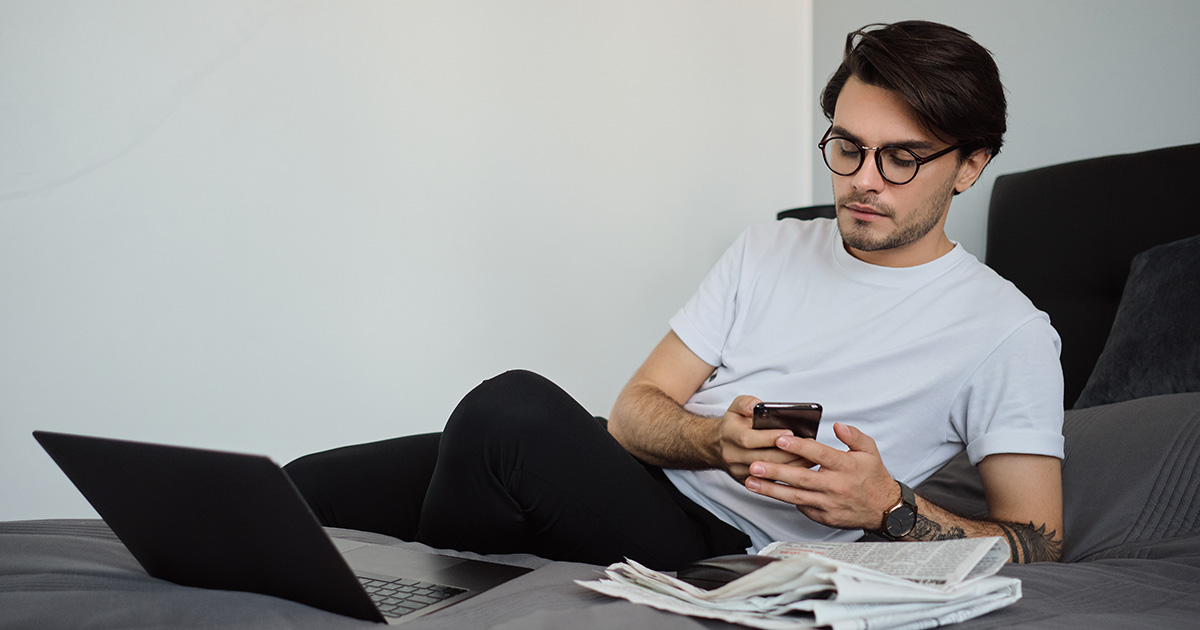 “This asshole has me living in constant fear of even checking my phone ever since I told him I really liked Eels’ album ‘Beautiful Freak,’” said Cameron Holt, a frequent target of Riley. “Now whenever I get a text alert, I know it’s just going to be him telling me if I like that one, I should check out The Beta Band’s ‘Three E.P.s’ or Mercury Rev. If I’d known my life was going to become a living hell of heavily curated playlists and song suggestions, I would’ve avoided him at any cost. I live in hell because of this nerd.”

Riley, for his part, does not feel he did anything wrong and was simply attempting to engage in conversation.

“I’m not really sure why people are acting like I’m the bad guy here — all I’m trying to do is make sure everyone I know is up to date with current bands, and know which Jawbreaker albums are best,” said the loner while compiling yet another top 10 list nobody asked for. “Yeah, I like music a lot, and often click with people based on that fact, but it’s not like I’m forcing them to listen to this stuff. If they don’t want me sending them song or band recommendations, they can just tell me to stop. I’m not a mind reader, for Christ’s sake.”

Criminologists and music experts, however, note that this sort of behavior lies in a grey area.

“Loner weirdos like Riley often have trouble interacting with people and may not know what constitutes appropriate or inappropriate behavior,” said Ryan Dombal of Pitchfork. “Despite best intentions, what may seem like innocent advice or just being friendly can be seen as an attack on the other person’s musical taste, or not being able to discover new music for themselves. Obviously, the way I do it is different, and I’m not like this guy. I mean, I’m an expert, so naturally you’re going to want my input.”

At press time, Riley was taking a break from making playlists to return to misogynistically troll journalists on Reddit.