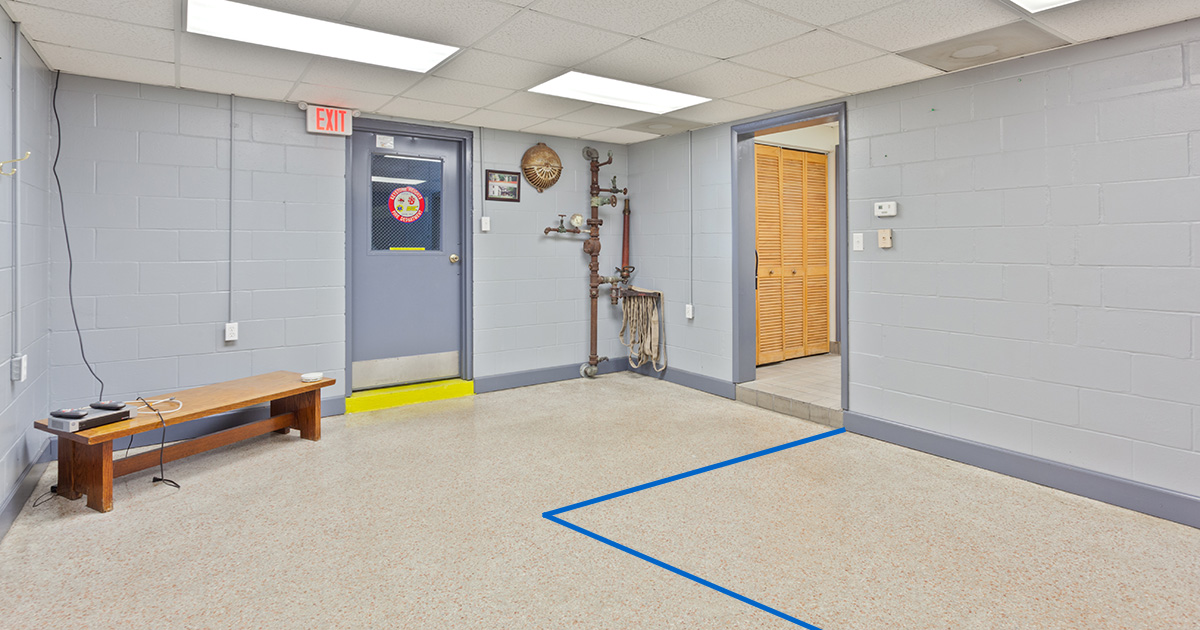 “Let me show you around! First, check out the tent by that big green dumpster there. I call it ‘the green room,’ that’s for VIPs,” said Landers while scaring off a family of raccoons using the tent for shelter. “And there’s my stage! I used some of the best painter’s tape in the business so it should really hold up. It’s not Scotch, but the guy at the hardware store said it’s just as good. Oh and check out my sound system! My dad didn’t want these old computer speakers, so I strung together a few dozen adapters, ran it through my mixer, and now it makes noise. Don’t worry, it won’t catch on fire as long as it’s unplugged.”

Touring grindcore band, Face Ruiner, were less enthusiastic as they stepped into the venue for the first time.

“What a nightmare! We drove for nine hours to get here, then walked into this shithole. I was already unsettled when I noticed the only surge protector’s cord running under the door. Then, we saw the ‘mic stand’ was just a ski pole with a megaphone taped to it. Even the food he promised us had bite marks in it,” said Damon Bobby, one of the band’s two vocalists. “On top of that, we found out he’d added eight shitty local bands to open for us. Doors were at 8 p.m., so by my math, we wouldn’t start playing until tomorrow. Luckily we managed to talk several bands into ‘headlining’ so we could leave early.”

Don Staffer, a promoter and consultant for venues across the country, was not surprised to hear any of this.

“Building a great performance space takes time and experience, but that’s lost on these idiots,” said Staffer. “You should see some of the clown shows I’ve walked into. In Philly, I saw a guy use the cones he was saving his parking space with to outline a makeshift stage. In Atlanta, some asshole had lined up six plastic folding tables he called ‘risers.’ In Birmingham, I remember the booker just pointing at a rancid grease stain on the floor. I’d never seen a stage you had to find by smell before.”

At press time, Landers was seen chastizing members of the opening band Donkey Bong for setting up across the room in a taped-off area meant to be used as a unisex bathroom.