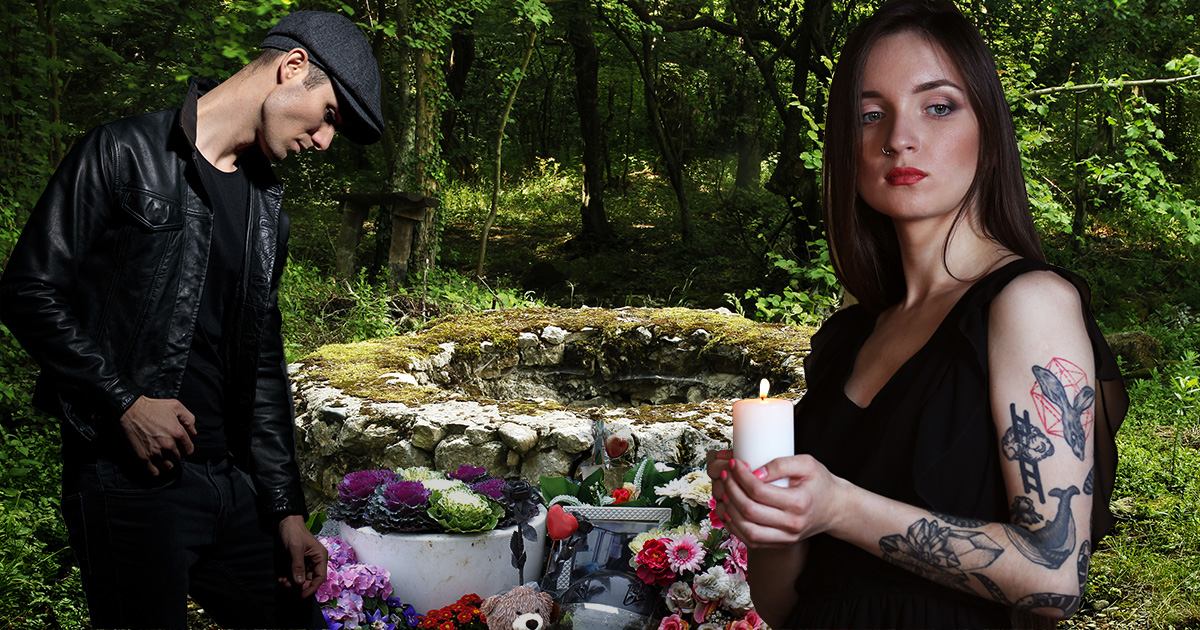 “At first, we weren’t sure what happened — all we knew was that [Gary] wasn’t delivering beers to us at practice like usual, and after a while we got concerned. And annoyed,” explained Orphan Molesters guitarist Johnny “Clockwork” Clacowski. “Eventually, we found him in the well with his money-collecting arm trapped under a rock and, honestly, we kinda considered leaving him there. But he’s been so supportive of the band that we decided we needed to get the scene together to get him out of there. Or at least throw down some blankets, or a new zine for him to read.”

Scenester Gabe Courtney detailed the efforts made to extract Johnson from his subterranean entombment.

“First, we tried lowering a rope for him to climb up, but he was too preoccupied with sorting the rocks in the well by size and color to grab it,” said Courtney. “Then we tried digging a new well next to that one so we could get down to him, but that fell apart after we hit a hidden gas line. Our last-ditch effort was to write a protest song against the well, but with all that gas in the air, no one could form a coherent song structure. Actually, I’m gonna go lie down for a while myself.”

Johnson described, through a tin can tied to a string, how he got trapped in the well.

“I was just out picking wildflowers and trying to think of how I could get the band to let me play bass on a couple of songs, when the ground just gave out and I tumbled down here. I thought about yelling for help, but that’s never worked before so I decided not to waste my energy,” he explained. “It’s nice at least to see that the scene is here to support me — too often I feel like I’m unappreciated. Even though I’m trapped in a hole of abandoned sorrow, it keeps me going just to know that people will always need me to tell them ‘we’re out of mediums.’”

At press time, scene members were lowering a bucket containing a hacksaw and bottle of antiseptic into the well with the implication that Johnson would know what to do from there.