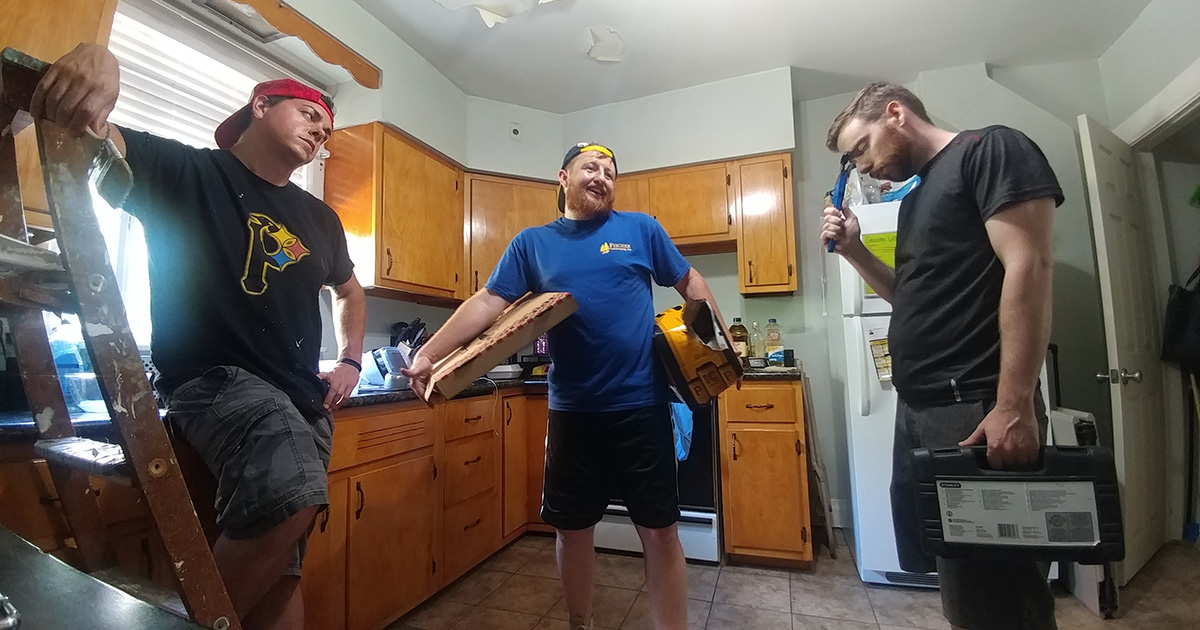 STEUBENVILLE, Ohio — Homeowner Mark Hatfield provided most of a large pizza and a case of beer today in exchange for his friends’ help in completing some home improvement work worth $1500 if completed by professionals, according to sources who’ve “had enough of this shit.”

“As much as I’d like to thank Mark for ‘finding’ the rollers, brushes, primer, and quick-setting cement that went missing from my garage during our cookout last month, it’s typically appropriate etiquette to return them — not suggest we use them now to ‘see if everything still works,’” said neighbor and accidental day laborer Dom Saracen. “He could at least pretend to help, instead of referring to himself as the ‘project manager’ and shotgunning half the case he bought us.”

“And did he have to order the pizza from that place with all those health code violations?” he added. “It’s not even that much cheaper.”

Friend and fellow unsuspecting worker Mike Altmeyer noted that the group still had a substantial workload remaining before they could even try to enjoy their meager compensation.

“Yeah, the interior’s done… but we still have to stain the deck, paint the shed, and fix that chip in his driveway,” Altmeyer said, having already painted the bathroom, living room, and kitchen a second time after Hatfield found the first color unappealing. “This might be worse than that weekend at his family’s camp, where we did some ‘light cleanup’ of the septic tank. I really should’ve outright ended the friendship when he asked me to help move his grandpa’s corpse from the couch into my trunk until his buddy got out of jail to take care of the rest.”

In spite of mounting complaints, Hatfield claimed the agreement was plenty favorable for his friends.

“The boys give me a hard time, but they’ve got it good,” he said after yelling from his futon for Altmeyer’s Netflix password. “They’re having fun in the 93-degree sun, while my head’s still pounding from the bar last night. But I’ll tough out a few more beers to help these guys kill this 30-pack.”

At press time, Hatfield had allegedly finished the case of beer, but offered to buy another if somebody “wouldn’t mind” blowing into his car’s breathalyzer for him.