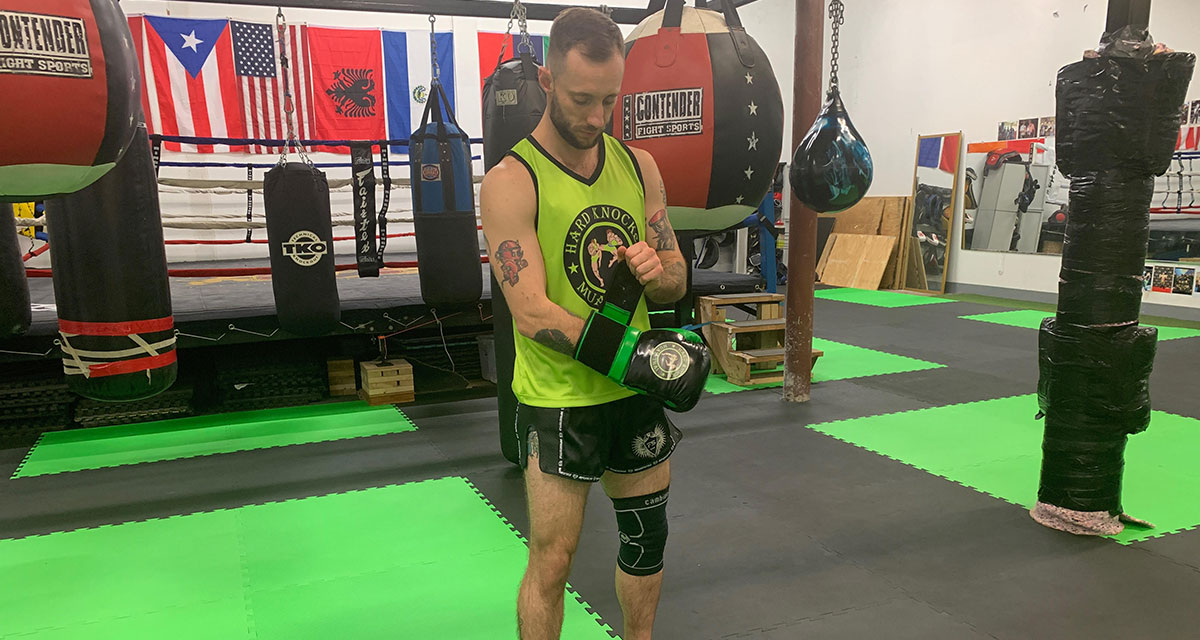 SYLMAR, Calif. — Local tax consultant Brian Weldon signed up for a beginner-level mixed martial arts class last week to defend himself during fights he will inevitably instigate in the near future, confirmed sources excited to see how this plays out.

“Considering the growing amount of people training in hand-to-hand combat looking to take their aggressions out on anybody, I’d be a moron not to prepare myself,” claimed the CPA, who in four months will be forced to take court-mandated anger management sessions. “I want to make sure I can handle myself on my feet if a fight hits the floor — you never know when someone will throw a punch at you for yelling slurs in the PF Chang’s parking lot.”

Weldon’s soon-to-be-estranged older brother Christopher was concerned Brian’s lifelong propensity for violence would only be more finely tuned after enrolling in the bi-weekly “Full Body Combat” course at the Fistworks Gym.

“With all the conflicts that’ll break out around him, I completely understand Brian’s need for a sense of security,” said the elder Weldon, who will soon get his collarbone broken by his brother in a misguided armbar demonstration at a family dinner. “I just worry that he’s actually going to hurt someone. A couple months ago, a Starbucks employee spelled his name with a ‘Y,’ and Brian almost jumped over the counter to fight the lady. Thankfully those off duty firefighters were there to get things under control.”

While local law enforcement encourages citizenry to take self defense classes, they also note that most casual MMA practitioners are the first to start fights at local bars.

“Every time Buffalo Wild Wings hosts a UFC pay-per-view night, there’s a drunken brawl or random fistfight in the parking lot — most of them involving my people attempting introductory MMA techniques,” explained officer Quincy Mendez, who will suffer a broken hip trying to detain Weldon outside a strip club next week. “Lots of us on the force actually welcome the challenge, because most of these tough guys are BJJ white belts and it’s fun to catch them in a heel hook when they’re resisting arrest.”

At press time, Weldon had just learned how to jab properly — a lesson that will prove useful next Friday during a fight with his landlord because the water will be turned off for three hours during the day.