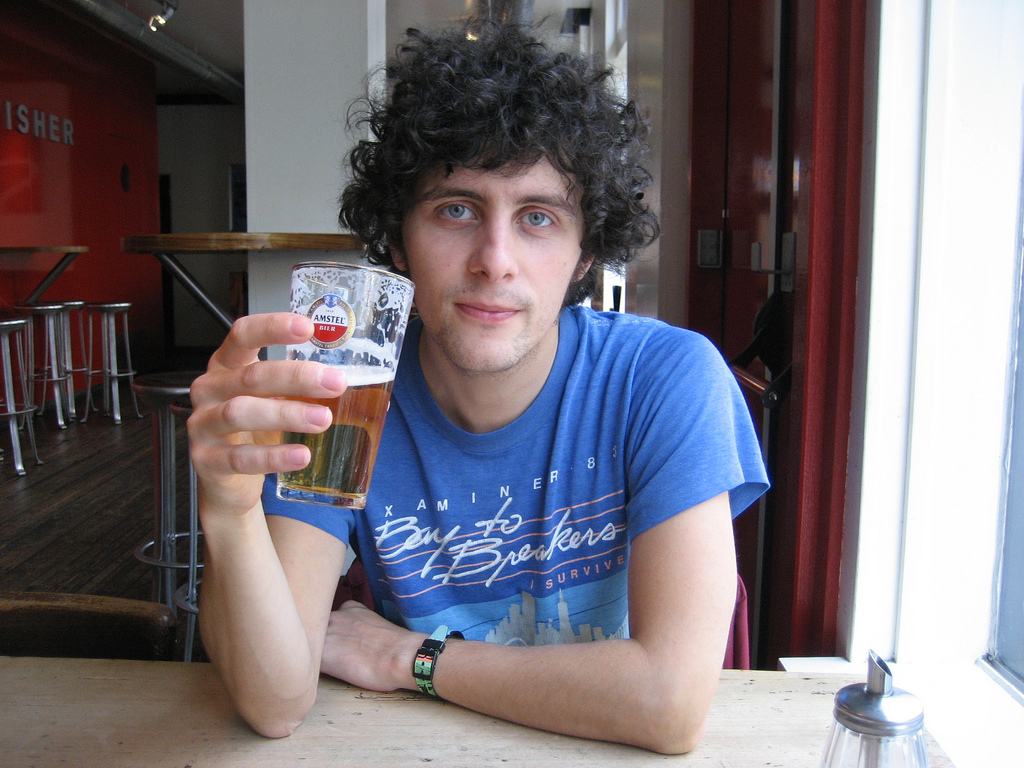 CANOGA PARK, Calif. –  Recently-retired member of the punk community David Gorman insists the local scene died at the exact same time he stopped going to shows, and has been constantly stating this fact to anyone willing to listen.

“The scene is so fucking dead now,” Gorman explained while sitting at a barstool at 11:45 in the morning. “I used to go out and see bands play all the time, but the second I stopped going to shows and started hanging around at this bar, it’s like the punk scene vanished. The same thing happened when I stopped reading comic books, I never see those things around anymore.”

Bar patrons in close proximity tried to explain to Gorman that people do in fact still attend shows and comic books are more popular than ever, but Gorman proceeded to put his fingers in his ears and chant, “La, la, la, la, la, I’m not listening to you, la, la, la,” in an obvious act of defiance.

When asked to reminisce about the last show he attended, Gorman had a hard time recalling the details.

“God, I haven’t thought about that in a while. I quit going to shows maybe four or five months ago. It was Drilldriver at The Outhouse,” said Gorman. “You have to understand, it was a different time. The music meant something back then. People were terrified because North Korea didn’t want us to see The Interview. It was winter, so people had to wear sweaters — even indoors, it was that chilly. Drilldriver was at the center of it all. Everything changed when they broke up.”

“Drilldriver? Oh, that was just a joke band. We only played like four shows and we just fucked around,” said Alvarez. “You should check out my new band, Fuzz Top, next Friday. Bunch of people are gonna be coming out for that one.”

Although Gorman misses those few months when he was involved in the punk scene he does say things have gotten better. “I’m 21 now, so that’s pretty cool.”