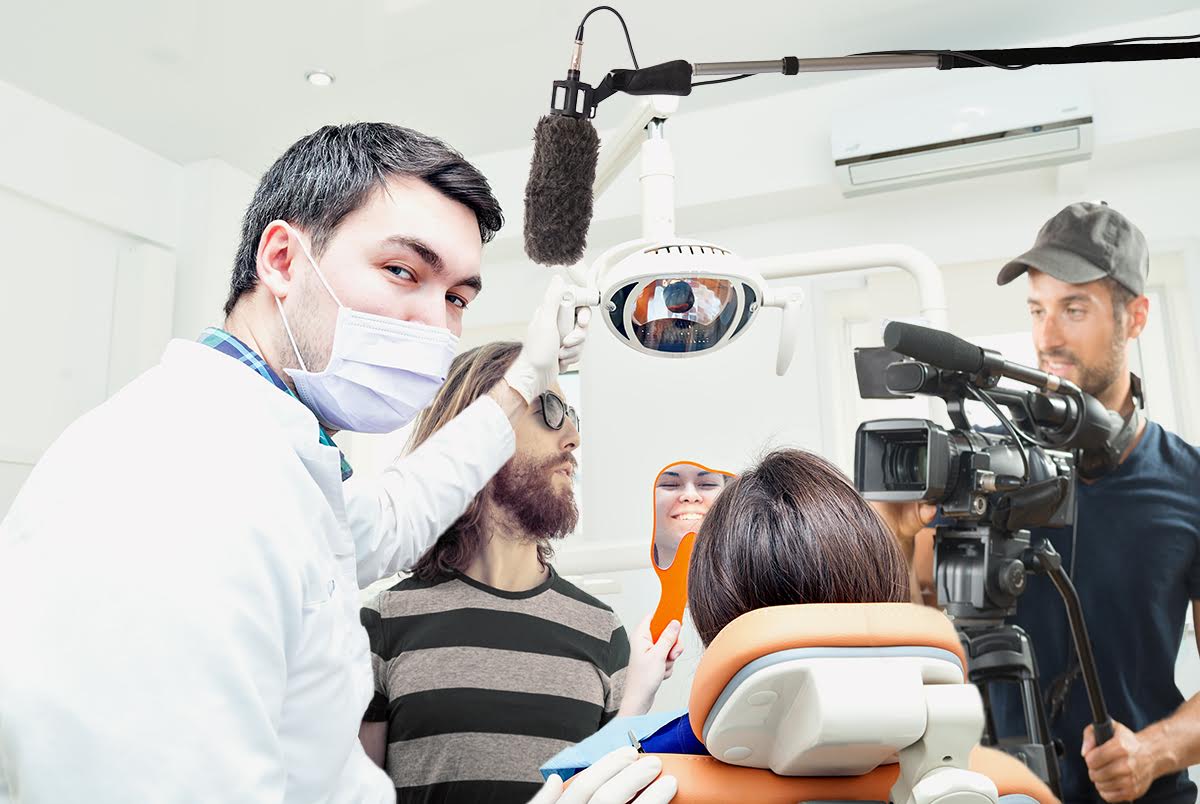 MAPLE BLUFF, Wis. – Madison area dentist Jim Wilson admitted he can’t grasp exactly why a VICE camera crew has documented his every move for the past week, and is actively wondering when he will have some peace and quiet.

“This kid in a band shirt just shows up in my office one day asking if he can immerse himself in my culture,” the 47-year-old dentist explained. “I had no idea what he meant, so I took him home to meet my wife Carol and then we sat and watched a couple episodes of Frasier.”

“He kept asking me about wanting to see the ‘seedy underbelly’ of Madison area dentistry,” said Dr. Wilson. “I didn’t know about any seedy underbelly… but they got some good shots of me sneaking a cigar on my back porch.”

Sampson hit Dr. Wilson with a torrent of questions, asking him in particular if he’d ever “Gone Boothin,’” which is the practice of inhaling nitrous oxide while singing Roy Orbison songs, as inspired by the 1986 film Blue Velvet.

“He kept on with all sorts of weird ideas, stuff I couldn’t even dream up. ‘You ever hear of a Lazy Susan (self-satisfaction with a hand completely numbed by Novocain)?’ Or if I ever used our dental chairs for after hours ‘spank & tickle play.’ I told that boy in no uncertain terms that we are good, Christian folk,” said Wilson. “Carol put together a to-go container for him and his cameraman and sent them on their way.”

When reached for comment, a VICE spokesperson stated, “We believe our gritty new show DRILLdoctor will expose a part of Dr. Wilson’s life he didn’t even know existed.”

“It’s too bad they didn’t show up at the annual American Dental Association Conference in Orlando,” Dr. Wilson mused. “We have a lot of fun there. Last year five of us wore bathrobes over our suits during the keynote speech. That crowd can get pretty rowdy.”