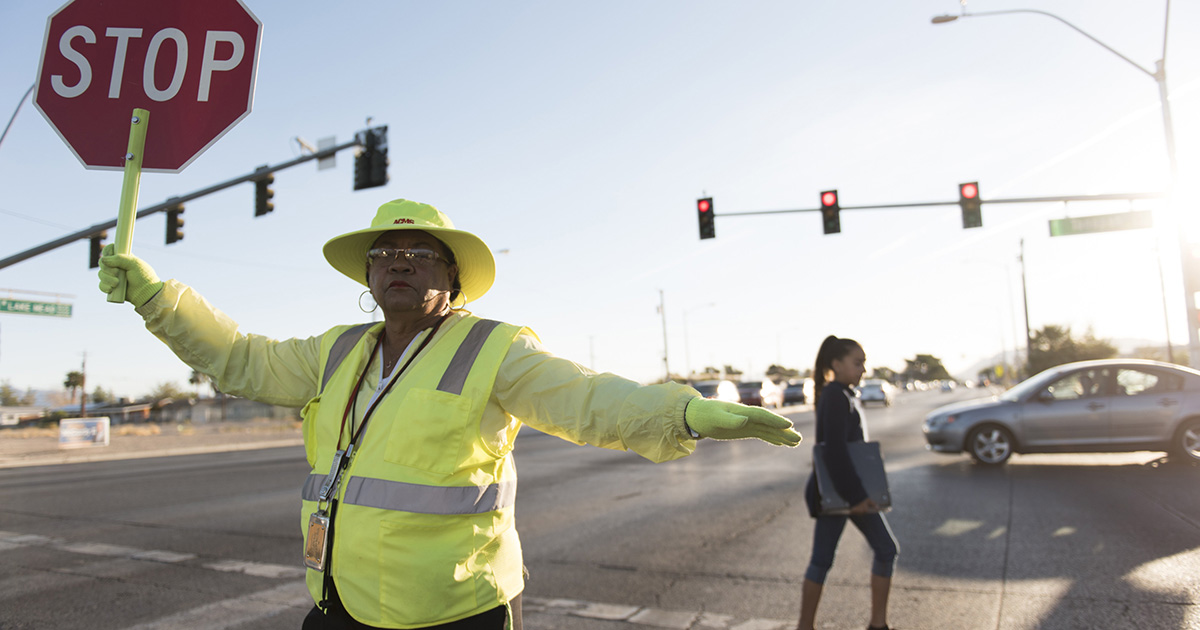 FRESNO, Calif. — Beloved local crossing guard Leona Cardwell was fired Wednesday after committing her first error in nearly 20 years on the job when she absentmindedly waved along a Hyundai Elantra into a group of fifth graders crossing the street, city officials confirmed.

“Everyone makes mistakes, but to fire someone who’s been at the top of their profession for decades the very first time she slips up? It’s ridiculous,” said Julie Adams, an English teacher at nearby Edmunds Middle School. “They don’t fire cops when they kill somebody — why should it be any different for crossing guards? Just put her on administrative leave for a few weeks and let her back out on the streets.”

Countless others — from former teachers, to coworkers, and even some local politicians — voiced their support for Cardwell. However, the most forceful defense came from Maria Perez, President of the California Crossing Guard Union.

“If we fire Ms. Cardwell, that sets a dangerous precedent for all other crossing guards across the country. We don’t want our traffic monitors second-guessing every choice they make: that could lead to two to three minute delays on a citizen’s commute. Plus, those students were playing hooky. Doesn’t that mean the superintendent should lose his job, too? Should their parents be locked up?” asked Perez while standing next to the intersection where the accident took place. “What happened to those children is unfortunate, but you shouldn’t cut off your nose to spite your face. There are hundreds of fifth graders at Edmunds, but there’s only one Leona.”

Cardwell, for her part, blames herself for setting such a high standard of excellence.

“It doesn’t make the news every time a child isn’t struck by a moving vehicle because a crossing guard did her job correctly, but the truth is that if it weren’t for me, kids would be flying across that intersection every single day,” said Cardwell while gardening outside her home. “These days, all it takes is one little mistake, and boom — your career is splattered all over the pavement. I just want to get back to my corner, with my Stop sign and high visibility vest, so I can continue to serve this community.”

In another stroke of bad luck for the embattled former crossing guard, Cardwell was fired from her side job at Hank’s Pizzeria last night after one measly oven fire happened to burn the restaurant to the ground.