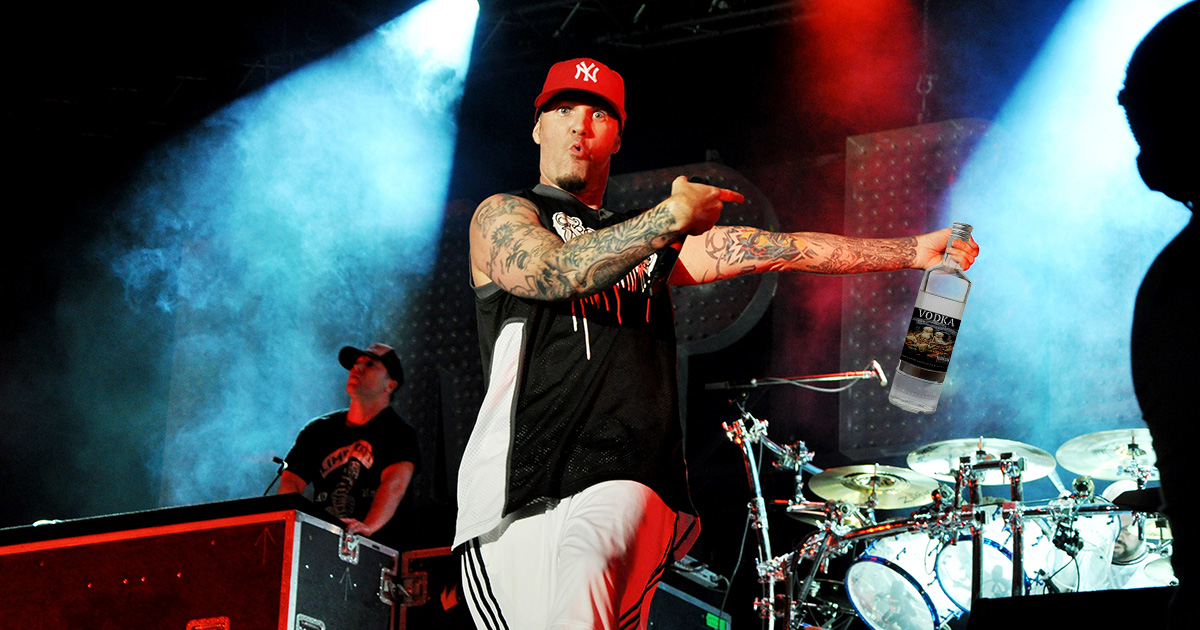 LOS ANGELES — Nü-metal darlings Limp Bizkit have worked with a local distillery to release their own exclusive, officially-licenced Chocolate Starfish and Hot Dog-flavored vodka, according to a press release.

“With this year being the 20th anniversary of the album, we wanted to do something special,” Limp Bizkit singer Fred Durst said. “A lot of work went into deciding the flavor profile: we spent weeks deciding between Belgian and Swiss chocolate, choriaster and spinulosida starfish, Ball Park Franks and Hebrew Nationals. But we finally ended up with the nastiest liquor you’ll find anywhere — perfect for when you wanna get your groove on.”

Bartenders and mixologists across the country are preparing for this much-anticipated release by incorporating the vodka into signature cocktails in their establishments.

“It’s been a lot of fun coming up with these new drink ideas,” said Lionel Cartwright, a bartender from San Diego. “We’ve got the Nookie-tini, which is the chilled hot dog water vodka and olive juice in a shot glass with whipped cream. There’s also the Full Nelson, which is three shots of the mixed-blend vodka over ice with a chocolate rim. Two of those, and you’ll be knocked straight the fuck out.”

Having waited nine years since the release of Limp Bizkit’s last album, fans of the band are eager to sample their new product.

“Homie, I’m fuckin’ jacked up for this booze,” said longtime fan Les Schuster as he wiped sweat from his neck beard. “I’m drinking a whole fifth of the chocolate starfish right out the bottle, dog. I straight up don’t give a shit. Fuck it — I’m gonna get my buddies to stick a bottle up my yeah, so I can boof it like a champ.”

In addition to being the drink of choice at any party primarily attended by men over 40 who wear baseball caps backwards, Limp Bizkit’s new vodka can also be used as an antiseptic, in case somebody skins their ass raw.