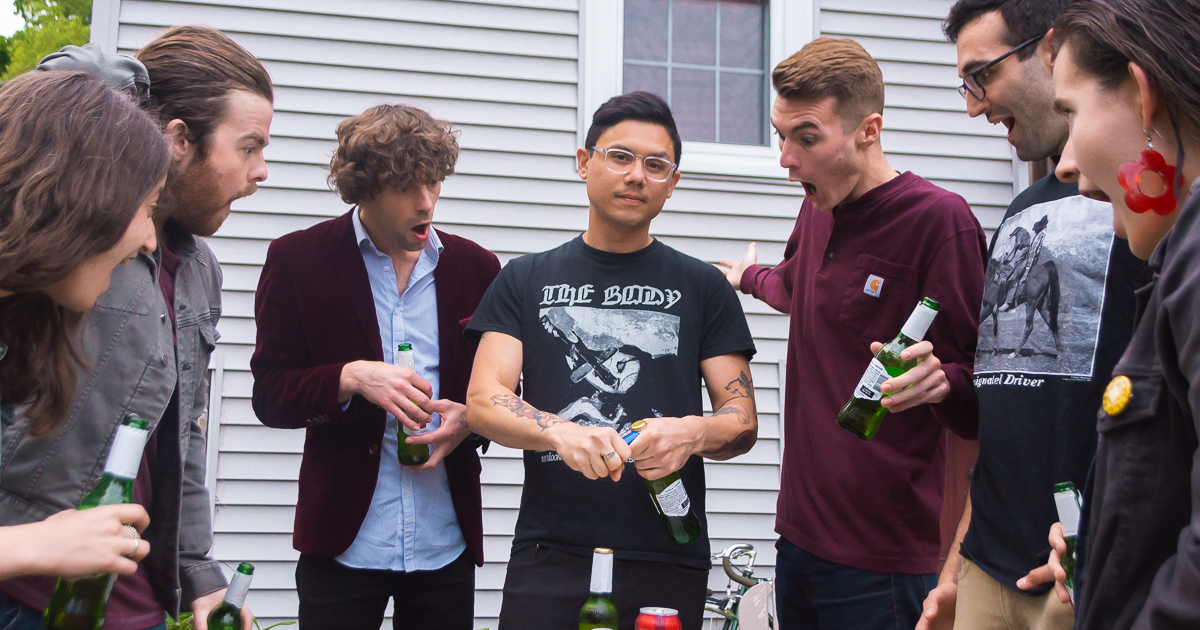 “I mean, it did look cool — especially since he got most of them open on his second or third try,” said Erica Dean, a coworker of LeBlanc’s who, until asking him to open her beer, had not spoken to him in any way. “But then I tried to make small talk… and all he talked about was recently switching his car insurance, and finishing a second Malcolm Gladwell book. Plus, his knuckles were bleeding so bad from the sharp edges of the bottle caps — that’s a big distraction.”

Party host Andy McGwyer confirmed LeBlanc remained in the kitchen for the majority of the evening.

“Yeah, he stood near the cooler all night and asked everyone if they ‘needed a hand’ opening their beer,” said McGwyer. “At one point, I asked him if he wanted to go outside for a smoke… and he told me he didn’t have a lighter. I guess maybe he was fucking with me or something? I don’t really know.”

“No one’s saying it isn’t a sick trick,” said Matt Saltelli, LeBlanc’s roommate. “The way he just pries it open without even looking at it — like, dang, you know? But he’s not good at any party games, he can’t drive a stick shift, and he has this amazing way of steering a conversation toward his cat’s chronic bladder infection.”

At press time, attendees were using the edge of the living room coffee table to open their beers, while LeBlanc was spotted getting an Uber home.