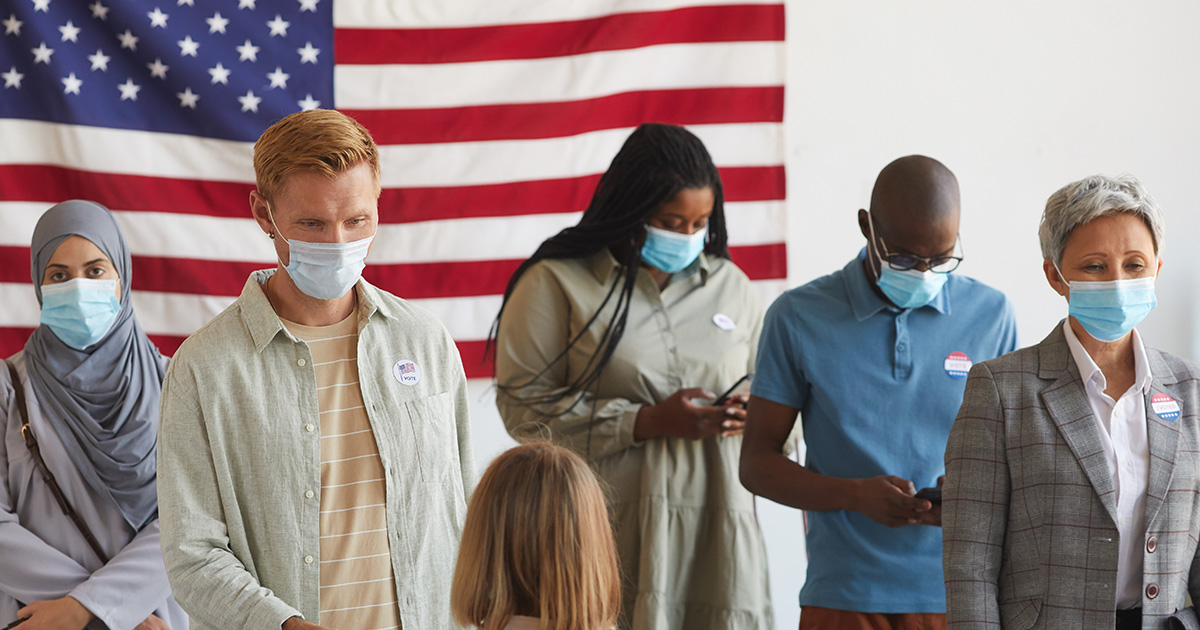 BROOKLYN, N.Y. — Lifelong Democrat Hunter Matthew Sullivanor asked a ballot station attendee today if they had any larger “I Voted” stickers in the back of his polling place after he finished voting, a group of side-eyeing witnesses reported.

“My Instagram followers expect a certain level of exceptionalism from me, and there’s no better way to illustrate that than an unnecessarily large sticker,” said Sullivanor before asking Alexa to play NPR while rifling through his New Yorker tote. “When the attendee told me that they only had one size, I had no choice but to ask to see the manager. Sure, I know they’re just volunteers who do this because of their dedication to a fair election, but I seriously need to spread awareness that I voted. And voted pretty easily, for that matter — mainly because I’m in a predominantly white neighborhood and don’t have to wait very long in line.”

Workers at the ballot station seemed to keep their cool.

“Our orientation actually went over the exact protocols for deescalating a situation with a disgruntled performative liberal,” said ballot attendee Katherine Waystrickland. “It’s important to remain calm and offer them a gift certificate to Starbucks for their inconvenience. And if that doesn’t work, we ask them for a four-letter word for ‘the capital of Norway’ for the New York Times crossword puzzle we’re pretendjng to do, and by golly, that always diverts their attention long enough to forget about the dumb sticker.”

Experts have admittedly seen a dip in voter participation because of the nature of these gestures.

“A lot of people are already turned off by the candidates themselves, and these ‘I Voted’ stickers simply exacerbates the cringe factor,” said political analyst Nancy Flowersign. “Instead of inspiring others to vote, these stickers actually come across as objectionably sanctimonious and compel people to stay home on Election Day. Sure, it’s an incredibly ludicrous reason not to vote, until you see one of these posts yourself and say, ‘I think I’ll sit this one out, democracy.’”

Sullivanor has since created a Yelp page for the polling station to post a scathing review about the “unfair treatment” he experienced while trying to prove that he voted.