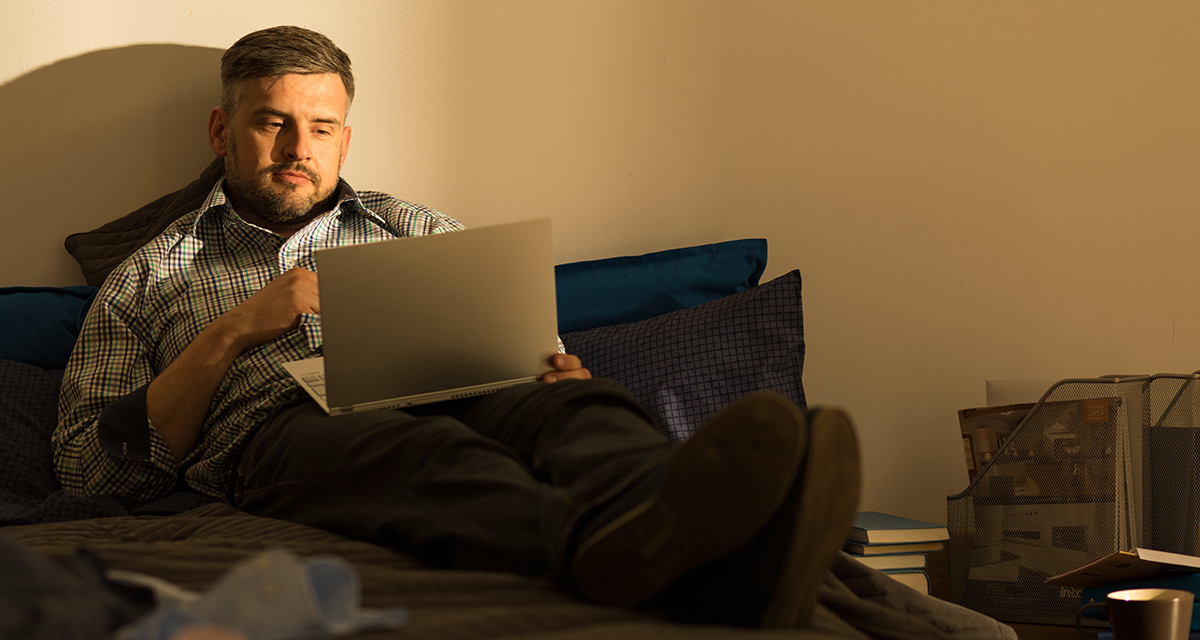 “Usually right after I watch a movie, I’m pulling up the app and figuring out whether I want to write an essay centered around a philosophical concept I plagiarized from a YouTube video or if I want to make an extremely tenuous connection between it and another work of art,” said Nelson, a graduate student who once devoted 780 words to describing supposed parallels between “Videodrome” and R.E.M.’s “Murmur.” “But all I could come up with for Billy Wilder’s classic noir ‘Double Indemnity’ was a couple of paragraphs about Fred MacMurray and Barbara Stanwyck’s chemistry and the quality of Wilder’s staging and the cinematography. I feel like such a hack.”

Leah Barber, one of Nelson’s 2,452 followers, said she was taken aback upon seeing his cogent review in her feed.

“I had gotten so used to just scrolling past any review written by ‘cryogeneric’ because they’re read like someone’s graduate thesis where every sentence is more incomprehensible than the one before it,” said Barber. “But this was actually pretty well-written and he even made a good point of how working within the confines of the Hays Code arguably made the movie more effective. I had to double-check to make sure it was the same guy who started a review of ‘Mystery Men’ with the sentence, ‘Ontology is perhaps the most misunderstood subset of metaphysics.’”

Alex Reed, a professor of film studies at Columbia University, said that Nelson’s experience is similar to that of many Letterboxd users.

“Every day, hundreds of 20-something ‘cinephiles’ join Letterboxd with the misguided notion that their analysis is insightful rather than completely incoherent,” said Reed. Some are masochistic enough to continue this Sisyphean ordeal. Others, like Nelson, gradually come to realize, in terms of critique depth, they’re less Andrew Sarris and more Chris Stuckmann and stop trying so hard.”

At press time, Nelson was watching “Lost Highway” while re-reading “Titus Groan” to see if any similarities could be found.