Lesbian Comes to Horrifying Realization that She’s Becoming Her Father 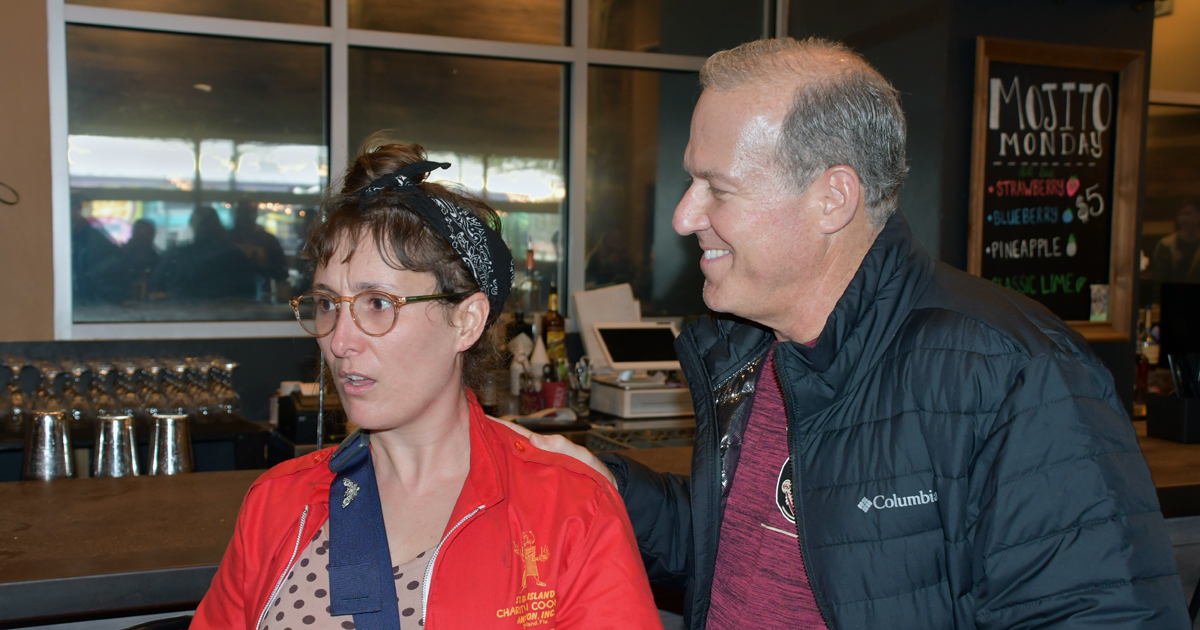 BUTLER, Pa. — Local lesbian Katie Hargrove recently came to the horrifying realization that she is becoming her father, sources currently standing at her window and shaking her head while observing the condition of the grass confirmed.

“It just hit me — I was at Home Depot, right, looking for some plumbing fixtures for the guest bathroom, and I said ‘Jesus Christ, these cost an arm and a leg’ or something like that. And I had this distinct memory of being a kid, getting dragged into the hardware store with my dad, and hearing him say literally the exact same thing, verbatim,” said Hargrove from her converted garage workshop. “I legitimately just stood in the aisle in shock for a few minutes after that occurred to me, like, fuck, I’m in my 30’s and turning into my father. This is every lesbian’s worst nightmare.”

Hargrove’s live-in partner, Mary McKenny, suggests that the transformation into her father may not have been as sudden as Hargrove initially suspected.

“Listen, I’m not trying to be rude, but this has been a long time in the making. Her Dad-isms have been increasing by the minute,” said McKenny. “We took a little trip out of town for a long weekend recently, and she woke up at 6 o’clock in the fucking morning. On vacation! I came downstairs in the Air BnB and she was reading the paper at the table and drinking black coffee. I could see her having to physically hold herself back from making a snarky comment about me sleeping in.”

“Next thing she knows she’s going to be buying a tractor with a down payment in cash, or taking 45 minutes in the bathroom to take a shit,” McKenny added.

Hargrove’s oldest brother Thomas confirmed that the so-called “Dad curse” is inescapable in their family.

“I know Katie is having a rough go of it right now, but she has to understand—this has happened to all of us,” the elder Hargrove explained, somewhat patronizingly. “She has three older brothers, and at this point, we’re all basically carbon copies of our dad. Each of us had her Home Depot moment, you know? Mine was when I needed dress shoes for a wedding and I went to a Sketchers store. I’m just saying, she’s been doomed since birth, that’s all.”

Hargrove ended the interview by stating that she needed to clear her head, and geared up to do some “relaxing yard work.”