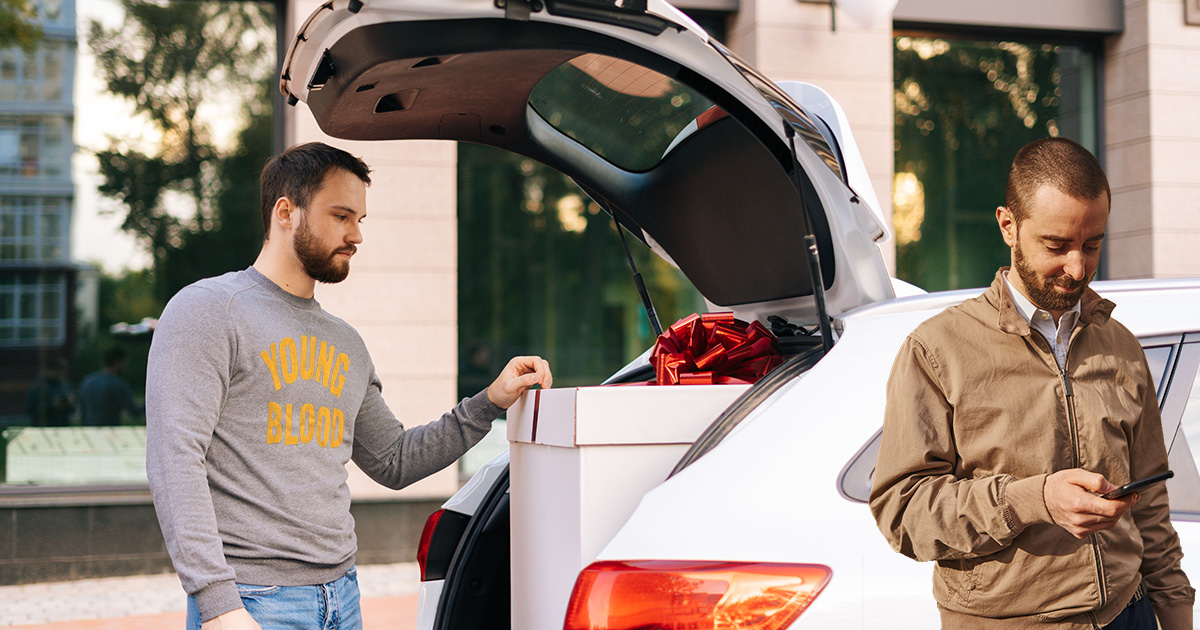 SACRAMENTO — Local post-punk heroes Modern Error have been on the verge of collapse due to lead singer Jeremy Larson refusing to help bring in Christmas gifts from outside, citing exhaustion, seniority, and just about anything else he can think of.

“I’m out there each and every night putting one thousand percent of myself into these shows and my bandmates want me to risk life and limb carrying in gifts? I don’t think, if I throw out my back then this band is basically done for,” said Larson while drinking a mug of tea. “And not to mention that I need to be well-rested for the gift exchange. People are going to expect me to take the lead, hand out all the presents, and gleefully announce what each item is. I’m basically the ‘Santa’ of this entire goddamn scene.”

While other members of the group seemed unfazed by the ordeal, drummer Mikey Donnelly has found it difficult to work past Larson’s brazen attitude toward holiday cheer.

“He said the same thing last year. I was so busy loading in all the gifts that nobody even made me a hot chocolate. I had to make my own, and by that time we were out of marshmallows,” mumbled a visibly upset Donnelly as he choked back tears. “I really thought it would be different this time. I even made sure I was assigned as his secret Santa so he would get something good. But some people just don’t seem to change, even after all we’ve been through.”

Psychologist Morgan Sullivan has made the selfish nature of lead singers a focal point of her latest research.

“For all of their talk of unity and harmony a frontman spouts, you would think it’s natural for these feelings to heighten during the holidays, but astonishingly, it’s quite the opposite. Lead singers actually get more self-absorbed during Christmas,” said Sullivan. “I’m reminded of the time Billie Joe Armstrong sabotaged an entire neighborhood carollers outing at an orphanage just because Tré Cool took the ‘best Santa hat.’ Tré never really recovered, and those poor kids had to watch Billie Joe smash a guitar into pieces while screaming ‘Good King Wenceslas’ at the top of his lungs. It was quite disturbing.”

At press time, Larson was thoroughly unimpressed with his Secret Santa gift: a framed photo of him and Donnelly on their first tour.