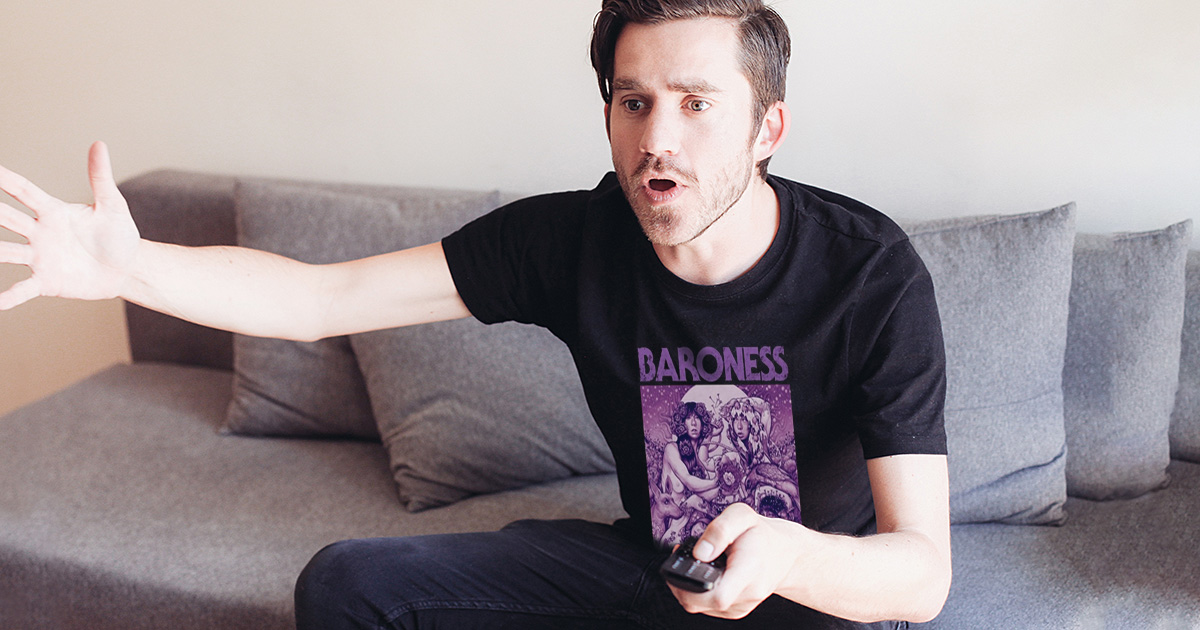 SANTA CRUZ, Calif. — Laid-off sound engineer Logan Green is constantly adjusting the volume levels of his television in order to keep busy while waiting for his workplace to reopen, frustrated sources report.

“You know, I’m just trying to get this dialed in so everything sounds perfect. The problem is the soundbar we use tends to be pretty bass-heavy, and the mids wash out on a lot of the shows we watch,” Green said as he mashed the volume buttons on the remote control. “Reality shows are the hardest — to do it right, I need the characters to stop yelling over each other so much so I can get their audio clean — but I’m doing the best with what I have.”

Green’s roommate India O’Riley is not impressed with his work so far.

“Yeah… if it were just a thing he was doing on his own, it wouldn’t be such a big deal. But before we watch anything, he makes me stand beside the TV and point up or down for him to adjust the volume while shouting, ‘Hey!’ to see if it’s loud enough,” said O’Riley while watching Hulu on her phone alone in her bedroom. “I swear, I’ve already blown my voice out like, three times doing this bullshit, and he always ends up getting mad at me and saying, ‘Fine, I guess this will just have to sound like shit.’”

Labor expert and adjunct professor Lars Sorenson claimed Green is one of many laid-off venue staff struggling to maintain their skills.

“It doesn’t stop with sound guys — a lot of bartenders who normally work at venues are deliberately ignoring their partners to gain their attention,” said Sorenson. “And I’ve seen laid-off door guys putting wristbands on their pets, scrutinizing their collar tags, and patting them down every time they come through the door.”

In an attempt to learn stage lighting as well, Green is allegedly now flickering lights on and off in time with theme songs of whatever show happens to be on when he’s done adjusting the volume.