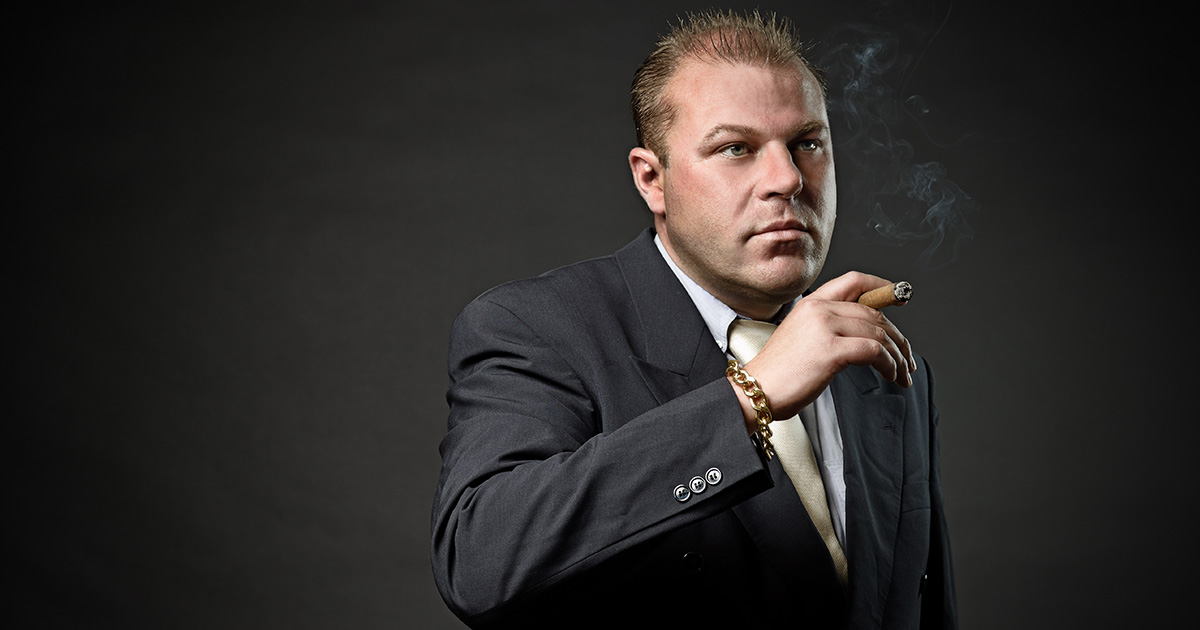 “I messed up big on a job and I had to go talk to the Don about it,” said Bianchi. “After I told him, he came over to me, firmly grabbed my head, and planted a kiss on my cheek to mark me for death… and I can’t quite explain it, but the feeling of his strong hands and the stubble on his chin felt so warm and comforting to me. The weird thing is, I’ve exchanged cheek kisses before and never felt a damn thing. Maybe it’s the danger I’m attracted to? Maybe it’s the fact he’s such a powerful man? All I know is I’ve never felt a rush like this before.”

Godfather Leo Mancini admitted that Bianchi’s behavior has been strange ever since the pivotal kiss.

“After the kiss things just got weird. I’ve seen men break down and cry, beg for their lives, or even leave town. Instead, Gene’s been DMing me on Instagram and saying that he just wants to ‘talk,’” said Mancini. “The other day he sent me a shirtless photo by his pool. I think he’s reading too much into that kiss, and now I feel bad. I’m a married man after all, and I’m by no means some sort of fanook. Maybe I need to start using something less intimate, like a fist bump of death or something, to show how completely platonic a gesture it is.”

Long time mafia detective Harold Cornell said that this is a common trend among men affiliated with organized crime.

“Countless times I’ve seen the Godfather dole out the kiss of death, only for the recipient to uncover something unknown about themself,” said Cornell. “It’s not so much that they’re attracted to their Godfather… and labeling them as ‘gay’ probably doesn’t accurately describe what this is. If anything, these guys are so used to handing out death that finally looking death in the face is extremely kinky for them.”

Bianchi is allegedly snapchatting a variety of made men thirst pictures of exactly where he’d like his body to be dumped.