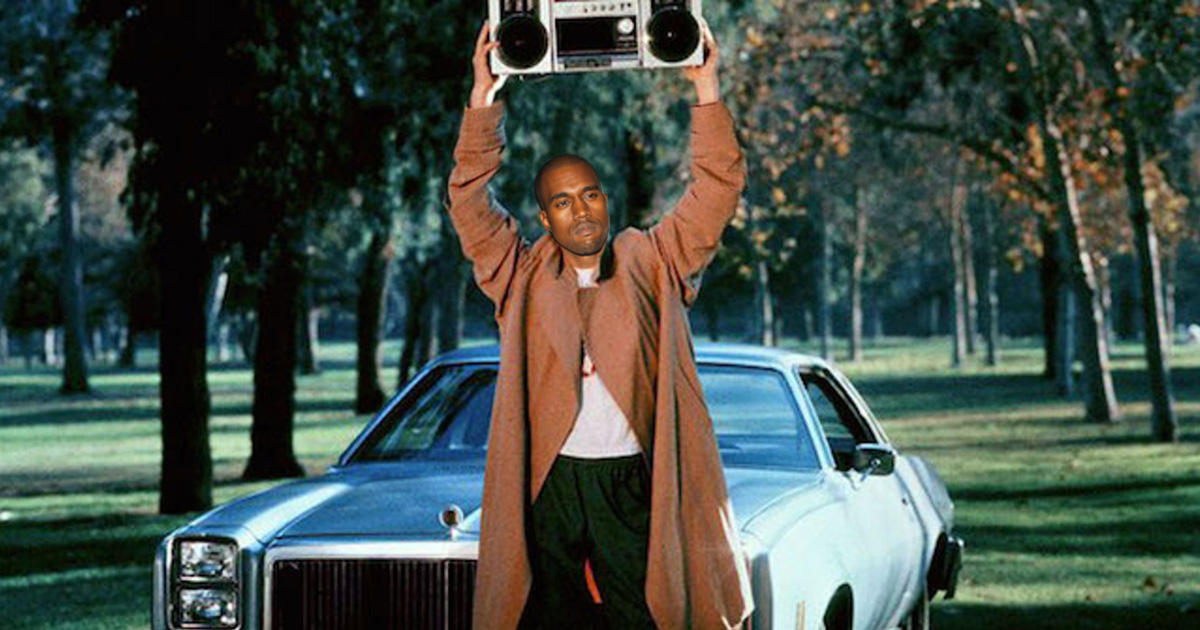 CALABASAS, Calif. — An emotional Kanye West stood outside soon-to-be-ex-wife Kim Kardashian’s bedroom window last night while holding a boombox playing his own music in a desperate bid to win her back, annoyed sources confirmed.

“I ain’t gonna lie, y’all, I’m down bad right now. Kim and I have had our issues, but this is the worst it’s been since I hit an elk with one of the Wyoming ATVs,” West said, clad in a never-before-seen $1,875 Yeezy trench coat. “So I asked myself, ‘How would the greatest artist of all time fix the greatest marriage of all time?’ And I knew immediately — by flushing his meds and bumping the greatest apology song of all time. God himself couldn’t write a better song, but at the same time, I am a God, so fuck y’all. I just wish my mama was here to see this.”

However, Kardashian was unimpressed with the gesture, wondering aloud why her husband didn’t simply use his keys to enter their California mansion and play the song over their $4 million home stereo system.

“He’s not even on the song he’s out there waking up the whole neighborhood with,” she said, cradling one-year-old Psalm West after being stirred by the noise. “It’s just some old 40-second snippet of a DaBaby verse with all the curse words taken out. He even dubbed over the word ‘bitch’ with ‘God.’ At least Beyonce got an apology on a song that Jay-Z actually released. Who the hell wants to listen to this garbage?”

17-year-old Kyle Mulholland, moderator of several Kanye West fan forums and a happenstance bystander at the West residence, was ecstatic to witness what he described as “one of the greatest moments of [his] life.”

“Can you believe it?! He’s right there! Holy cow, wait ‘til the guys on the subreddit hear about this!” Mulholland said, scrambling to take out his iPhone and begin recording. “I was just in the neighborhood, y’know, like I tend to be every week around the time they happen to bring their trash and recycling to the curb. Thank God I skipped out on grandma’s birthday dinner!”

At press time, eyewitnesses reported West had given up the boombox stunt, and instead found himself in a heated argument with the hologram of Kardashian’s late father Robert, now a permanent fixture on the front lawn.