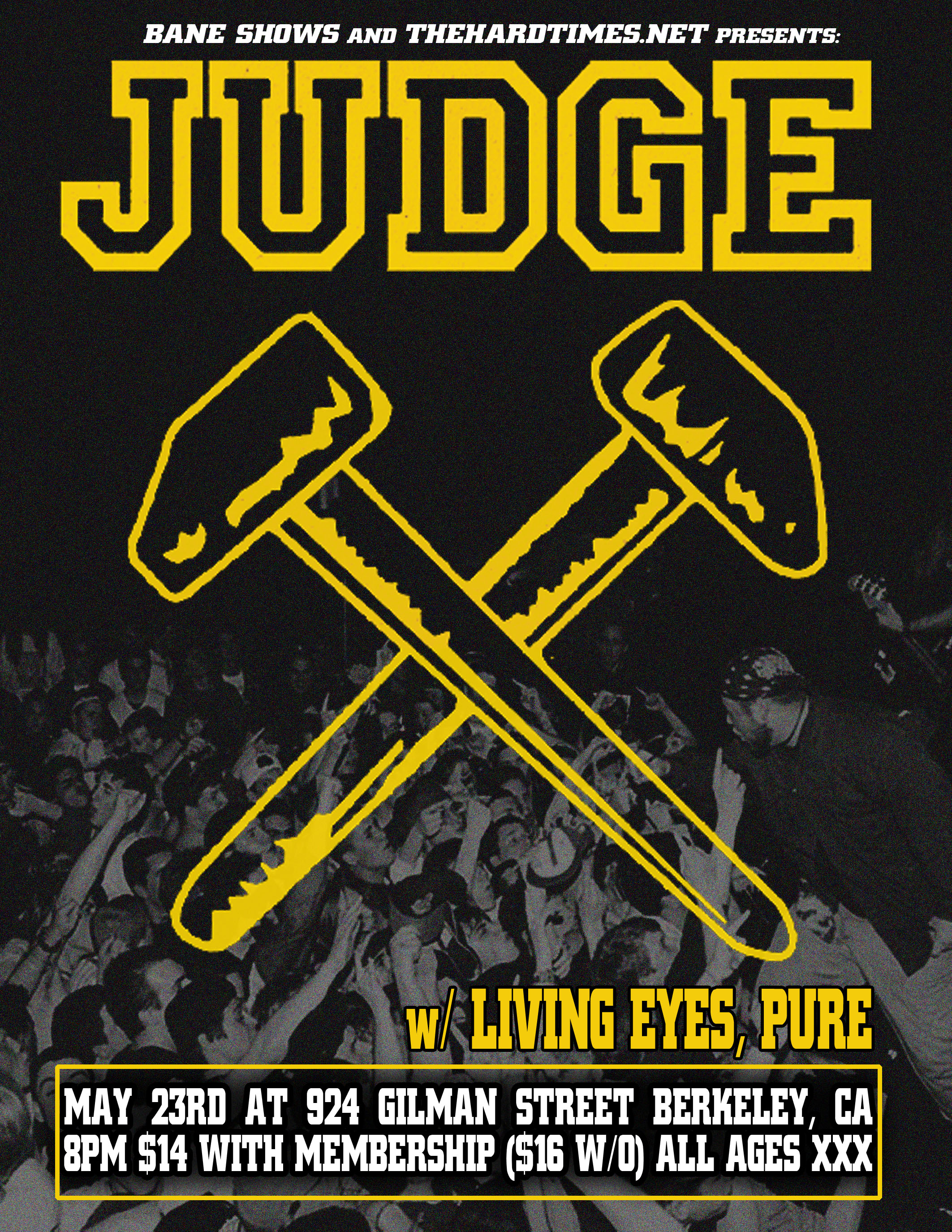 BERKELEY, Calif. – Last week, hardcore giants Judge and Trial co-headlined a heavily anticipated one-day festival at 924 Gilman in Berkeley, Calif.. Our sources report that what started out as a standard hardcore show quickly de-escalated into something entirely different.

“They just started prosecuting people. It was really weird,” Blake Hardeman, a Portland native who drove upwards of 10 hours to see the festival, said. “I arrived wearing a Trial shirt, and a few kids started to raise a fuss. They said it was tacky that I would wear the merch of a band that was playing that night and, the next thing I knew, people were seconding and thirding the motion to have me tried. In a matter of minutes, the show stopped and Greg Bennick was pulling me onstage to face my charges.”

Other bands who were on the festival’s lineup were quick to give up their set time for the sake of the trial by Trial. The merch tables were quickly converted into a jury box and members of Down by Law and Forced Order served as jurors and were quoted to have said that the ordeal was “a necessity to restore law and order in the hardcore scene”.

Hardeman was among the 17 show-goers who were put on trial that night.

“They had a gavel and everything. Mike Judge put on a white powdered wig and started slamming it on a podium. I’ve never seen anything like it,” Hardeman said. “I just wanted to stage dive, and I wound up getting convicted of one count of ‘Apparel Ineptitude’; is that even a real charge?”

Hardeman must now serve probation and an eight-week suspension from hardcore shows. “I always knew hardcore kids were judgmental, but I never thought it would be taken this far. Criminal Code is playing next weekend and I can’t go because of this stupid ankle bracelet. I’m not allowed into any venues.”

Related: Ex’s New Boyfriend Proudly Wears The Burn Shirt You Never Got Back In Profile Picture

Although the punishment may seem harsh, Hardeman says he has learned his lesson and is thankful the event didn’t escalate further. “In the end, I’m lucky I wasn’t hit with the maximum sentence for the offense – 25 Ta Life – and, thankfully, Mob Justice wasn’t headlining. The night could have turned out a lot worse.”

Flyer by The Hard Times Staff.