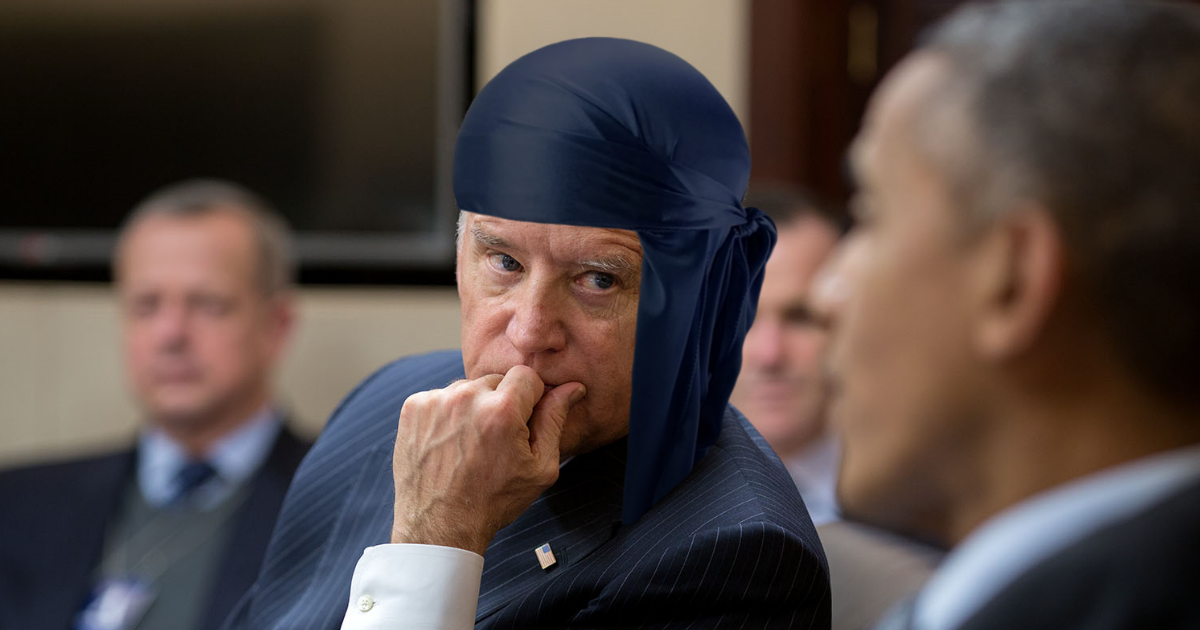 WASHINGTON — Democratic presidential frontrunner Joe. Biden allegedly checked in with former President Barack Obama ahead of an upcoming debate to get his opinion on some du rag and tie combinations for wardrobe.

“These hoes are hell-bent on destroying my image, trying to frame me as some old guy out of touch with the African-American community,” Biden reportedly told his advisers before lighting a Black and Mild cigar. “Well, listen here, Jack: I ain’t about to let these jive busters play me. The brothers and sisters still love Uncle Joe. Believe dat.”

“Joe’s going through a lot right now — those ‘Calm Down Joe’ memes really got to his head,” said President Obama. “I told him it was a bad idea to seek the nomination, but he insisted it’s ‘what the people want.’ In all honesty, I don’t think he’s been preparing for the debates… or even considered what the actual job entails. He’s just hungry for the attention at this point.”

“I… I have no idea what the hell is going on. He won’t listen to me. He won’t listen to anybody,” a visibly panicked Schultz revealed. “He’s threatening to beat up union workers, claiming he would beat the Coronavirus in a fight any day of the week, and not to mention the whole ‘Poor kids are as good as white kids’ debacle. He spends more time researching how to be like Shannon Sharpe than he does reviewing his speeches.”

“Four years ago, I’d be convinced we’re absolutely fucked but, in 2020, we’re still somehow in the lead,” Schultz added. “I don’t understand how, but my job is to win so, like, whatever.”

Not to be outdone, fellow candidate Bernie Sanders modeled a few vintage Ramones t-shirts before ultimately deciding on going with a suit and tie again.